Surviving a mass of turf-driven fires created by Yakuza in the 80s, Golden Gai (also known as Piss Alley) continued on as it always had, a bustling district of narrow streets filled with shanty-like bars catering to surrounding salarymen and foreigners alike. I mean how else to spend the evening, but to be crammed in a 6-seater bar with strangers drinking over-priced sake till the sun comes up? It’s appeal isn’t in the offerings but the atmosphere. To experience such a tight knit community as similar to British pub culture is also a strange feeling being in Japan, a country known for it’s well-mannered and humble nature. During the daytime however is a totally different story, as if nothing occurred the night before. Tranquil… and barely a soul in sight. The extremes i find in Japan are staggering. On one street at a given time you may find a mass of rowdy people clambering for a seat at one of Golden Gai’s 200+ bars, but cross the road over to Hanazono Shrine, and there’s barely a peep. So hey! We decided to visit early morning to shoot this editorial with Y-3 to show the area’s beauty in daylight alongside a collection of garments that represent shadows or remnants of the night before. 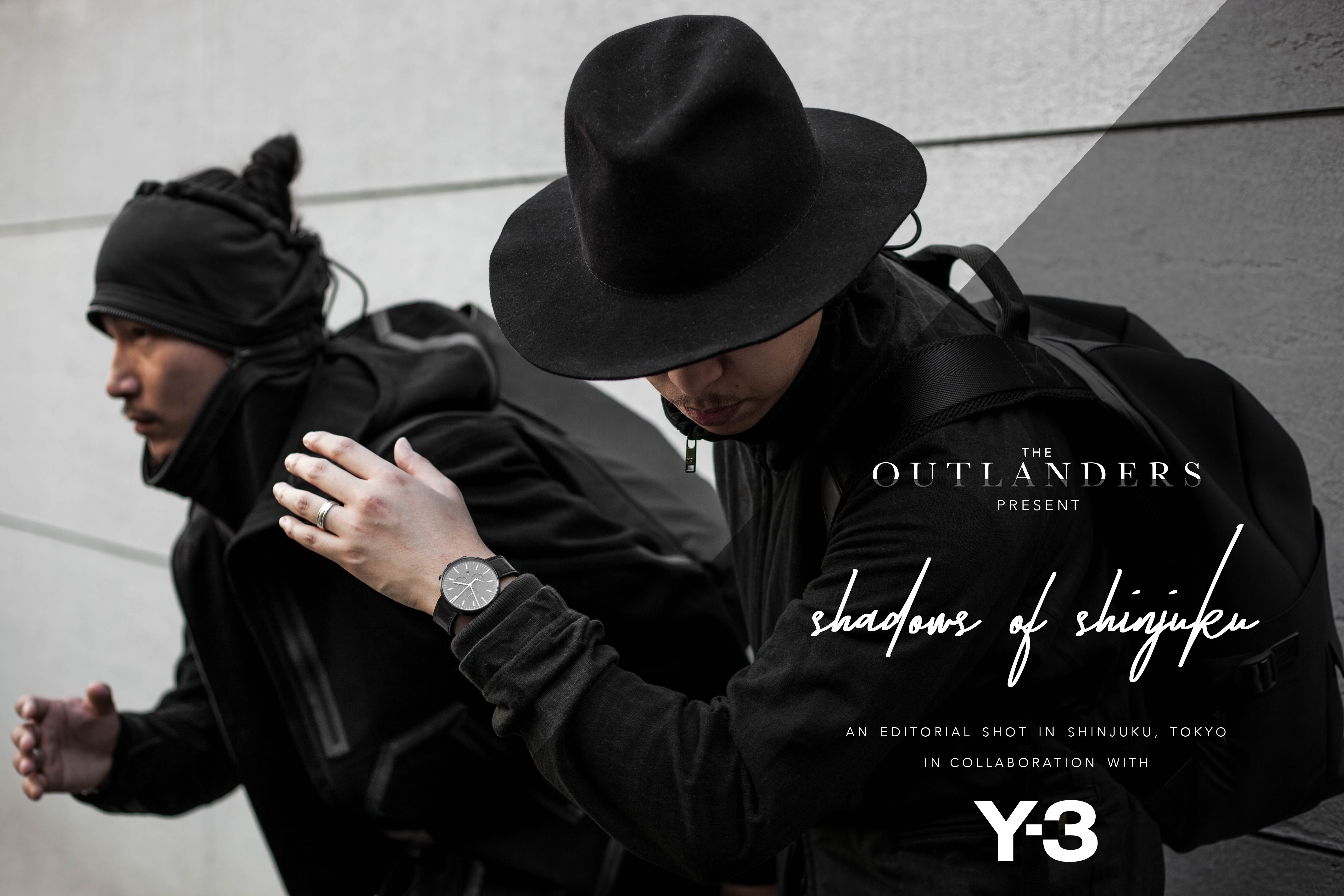 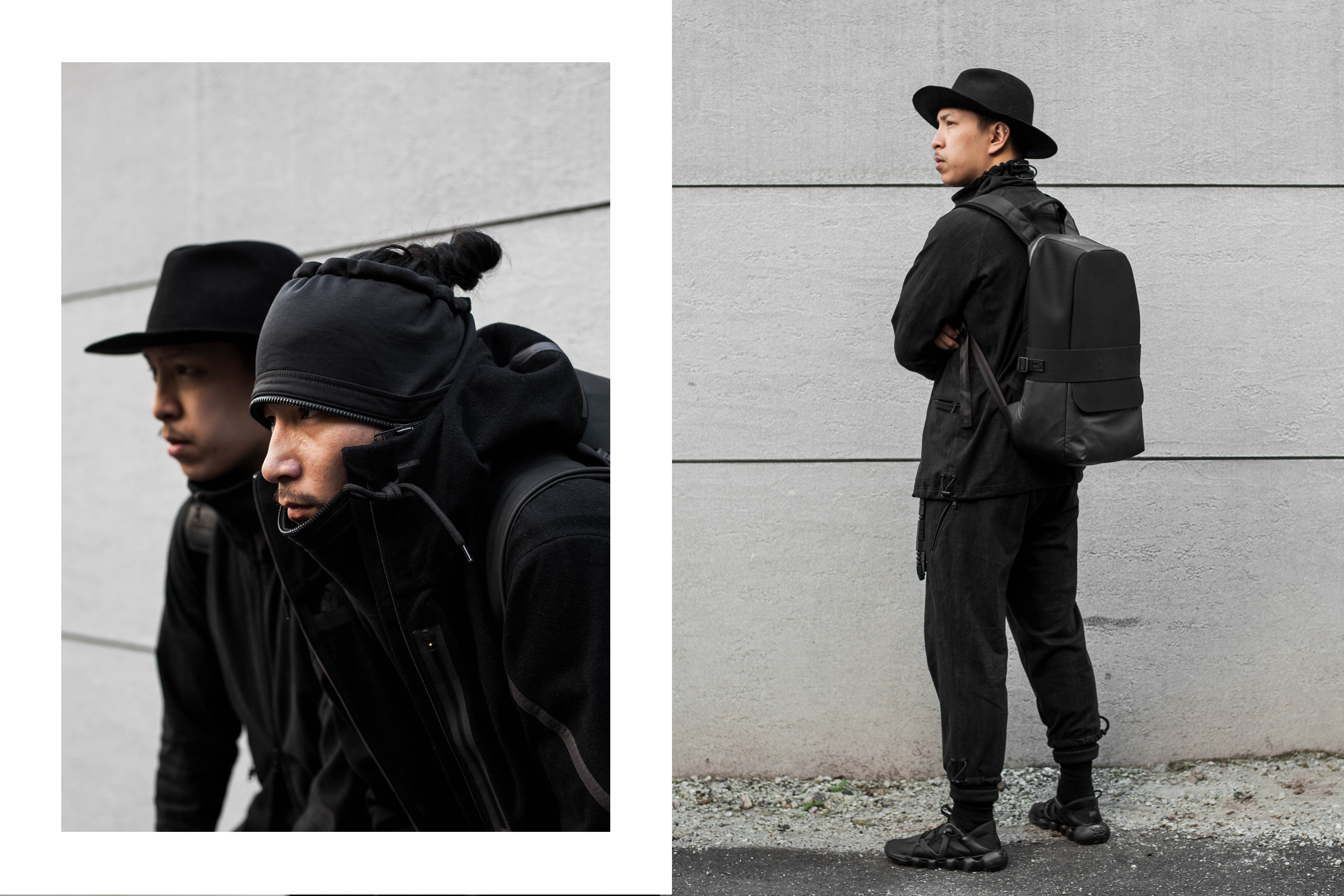 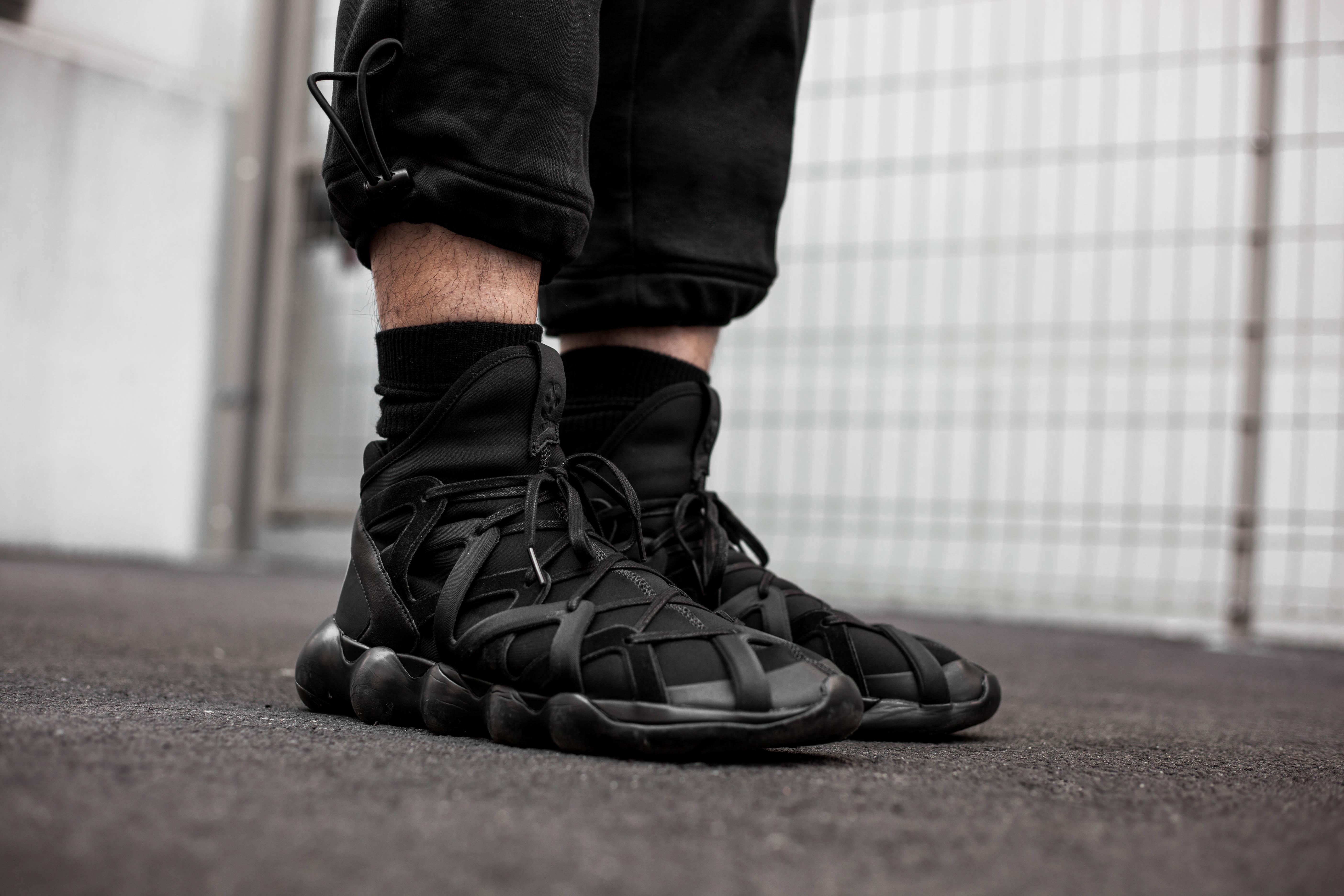 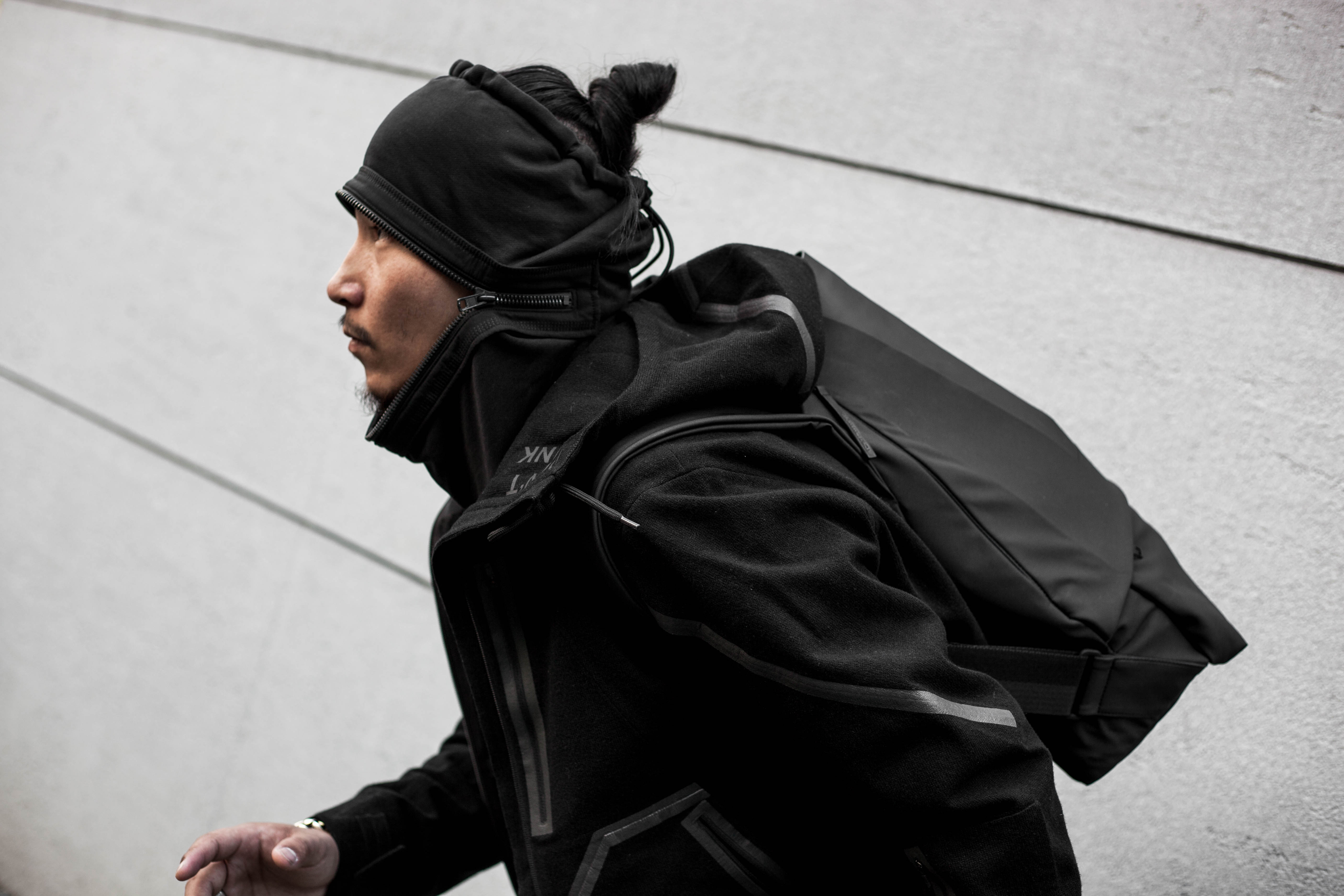 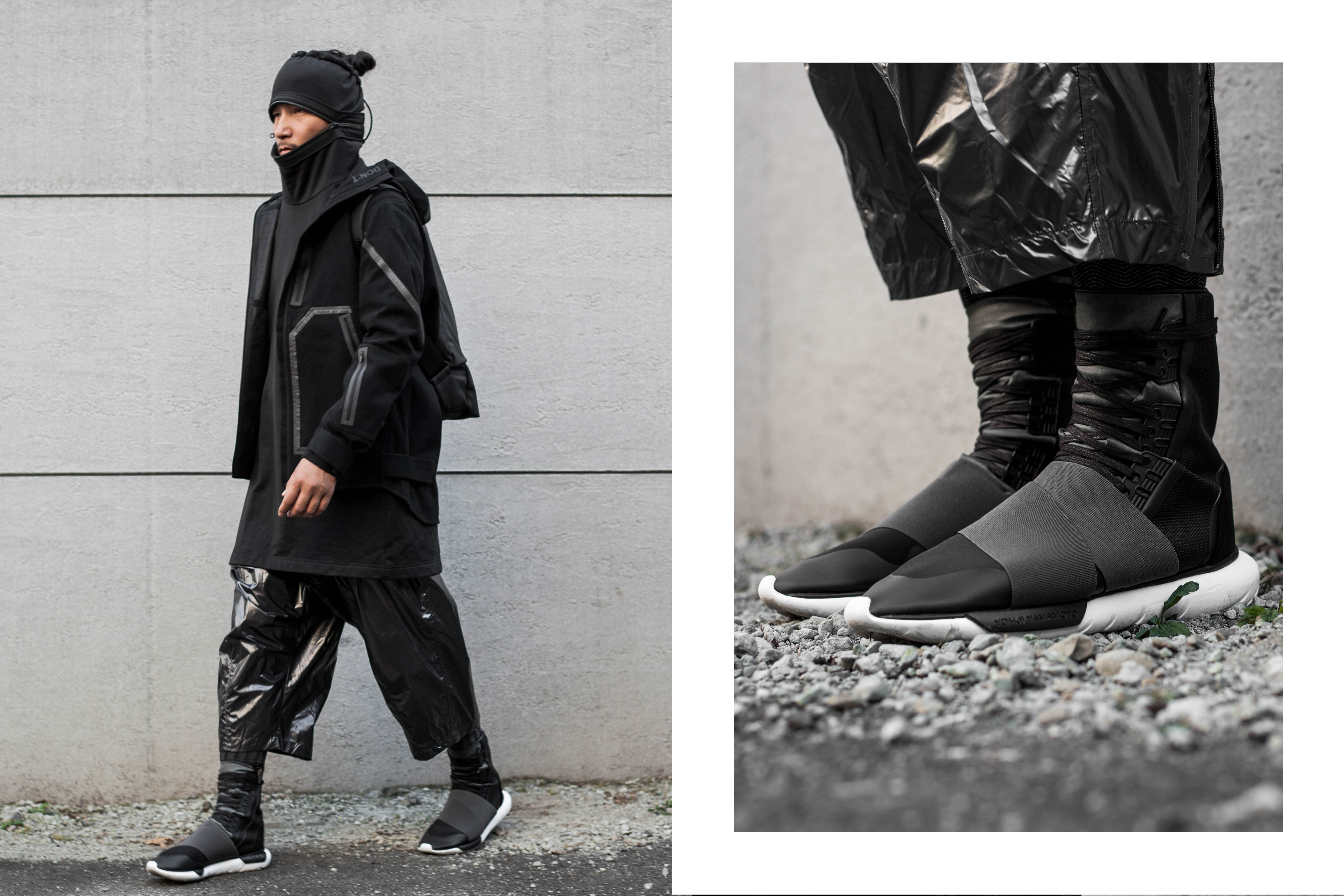 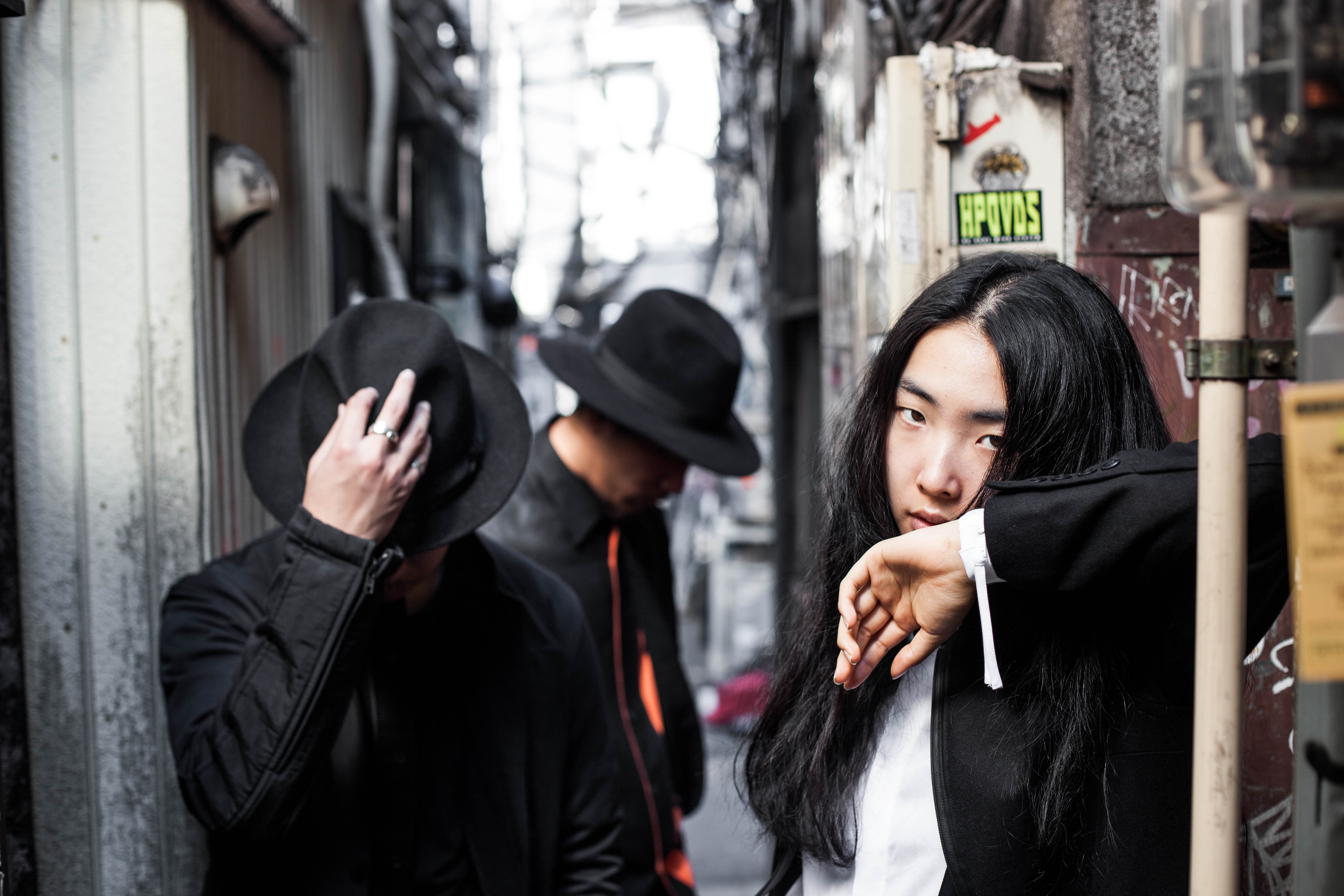 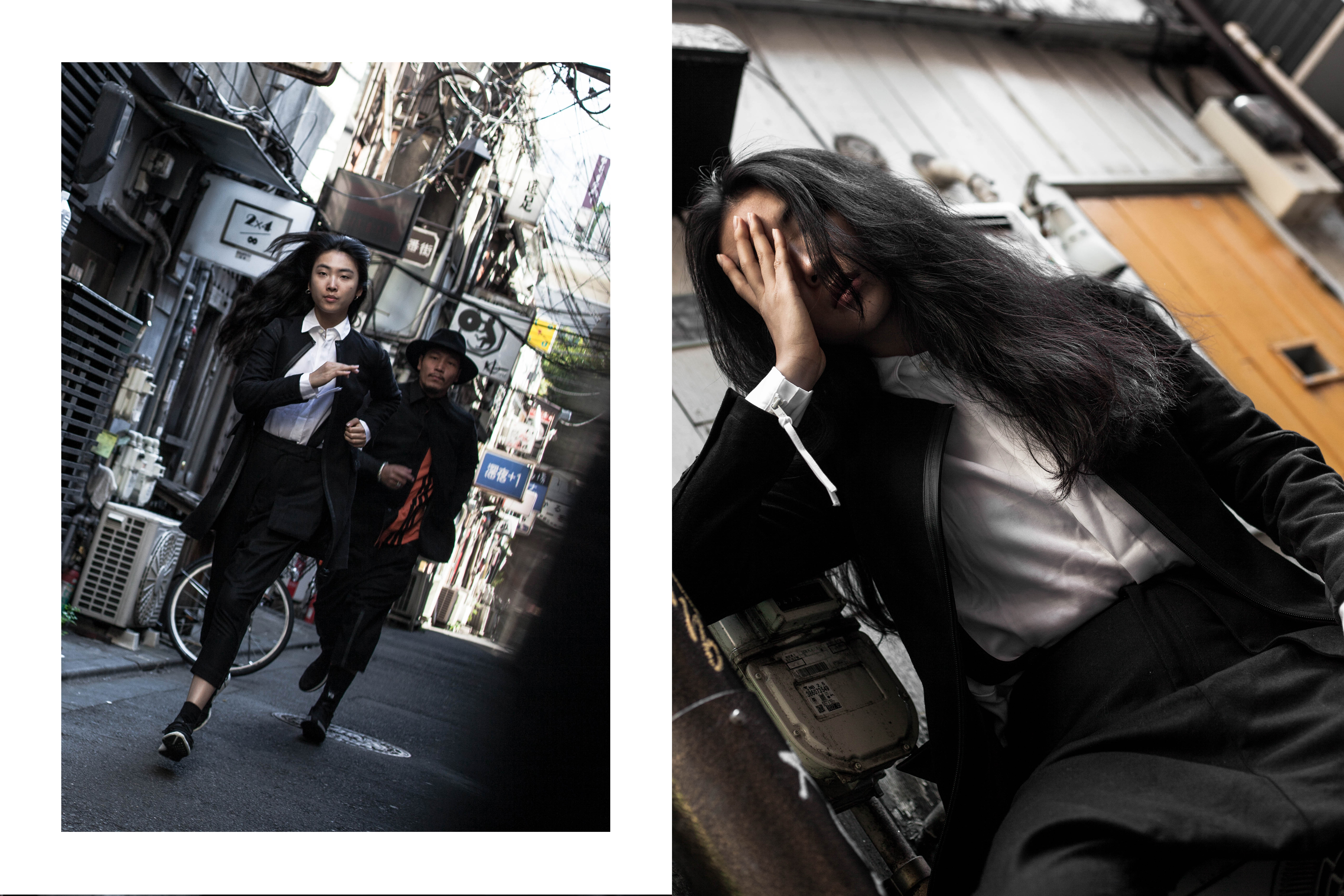 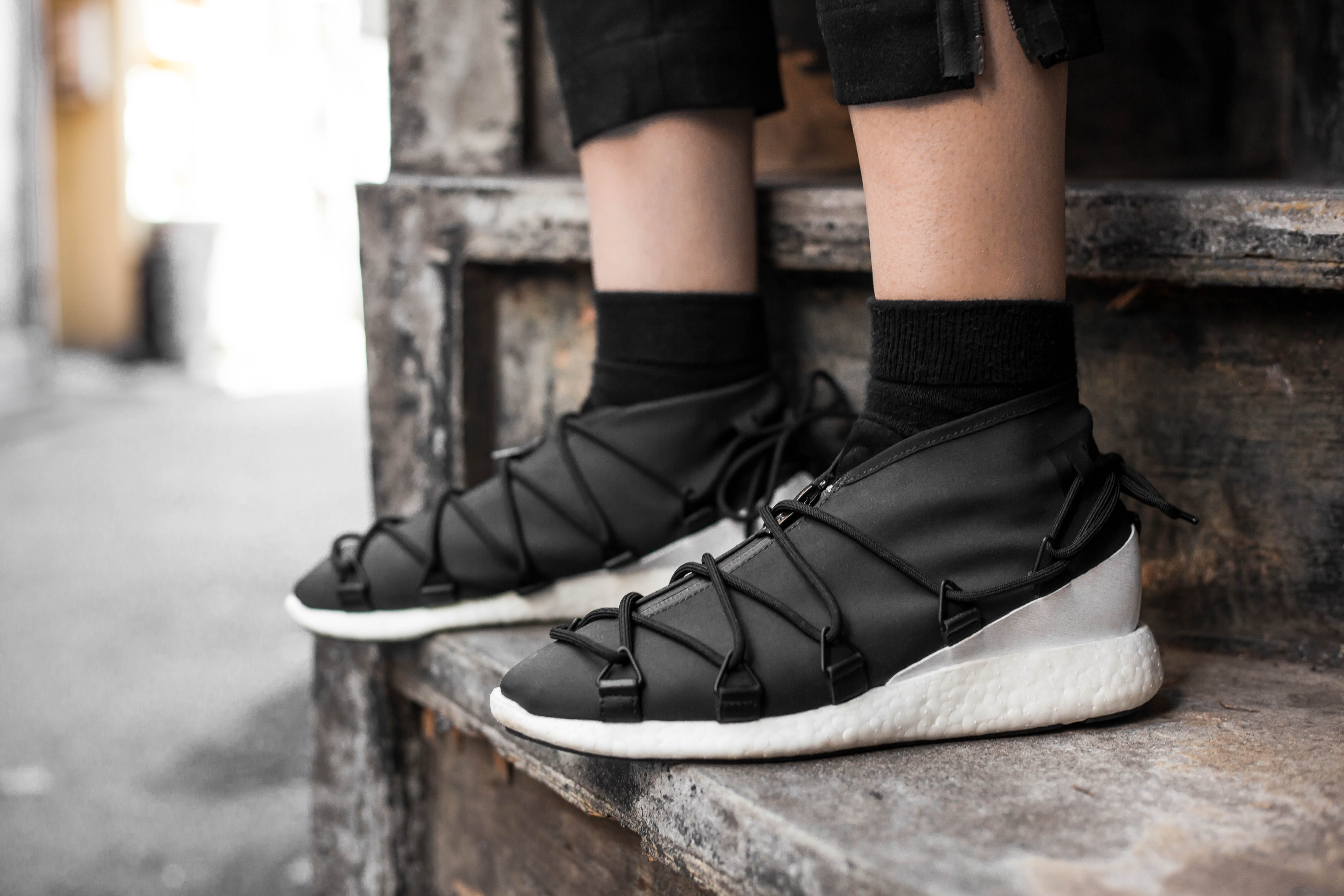 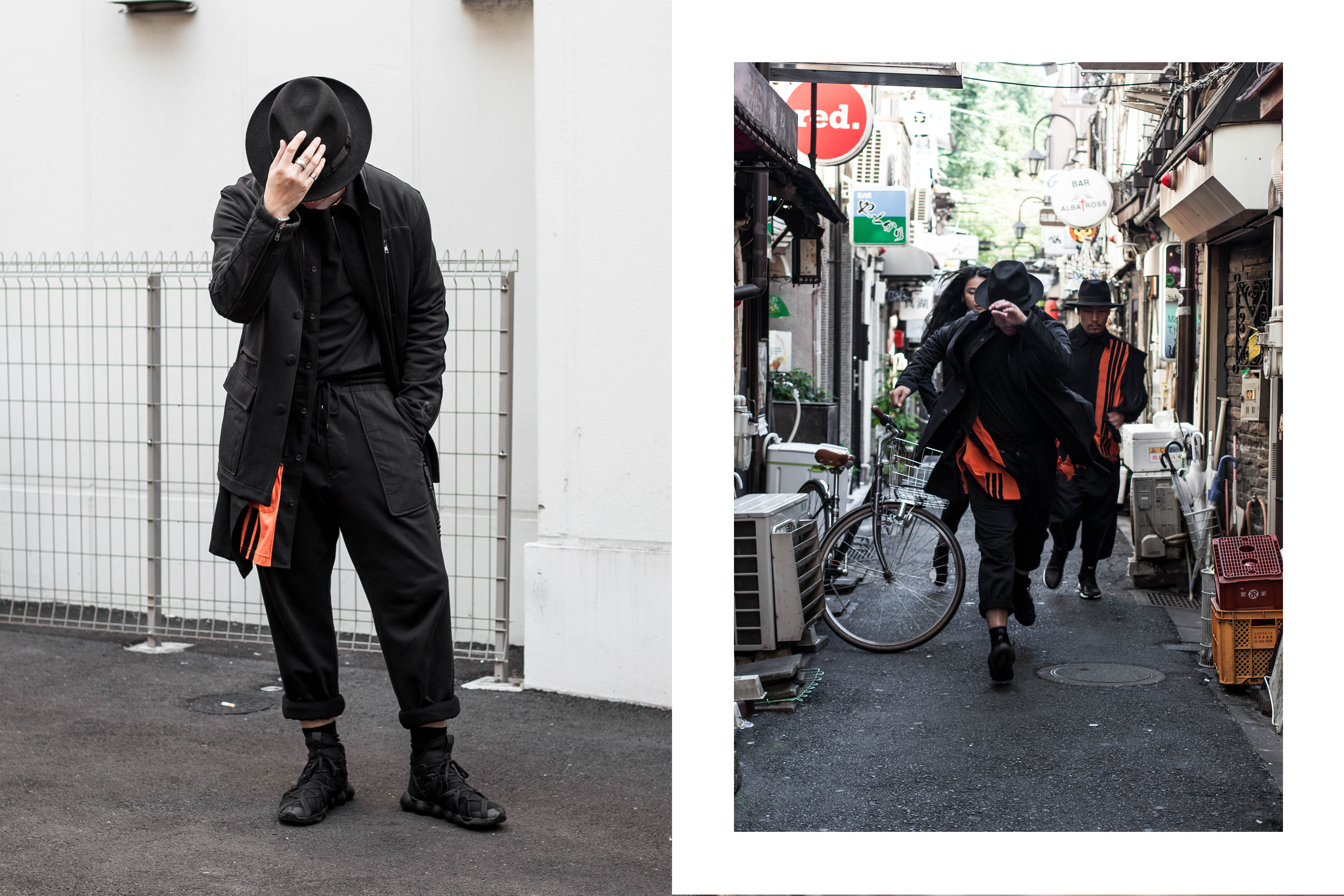 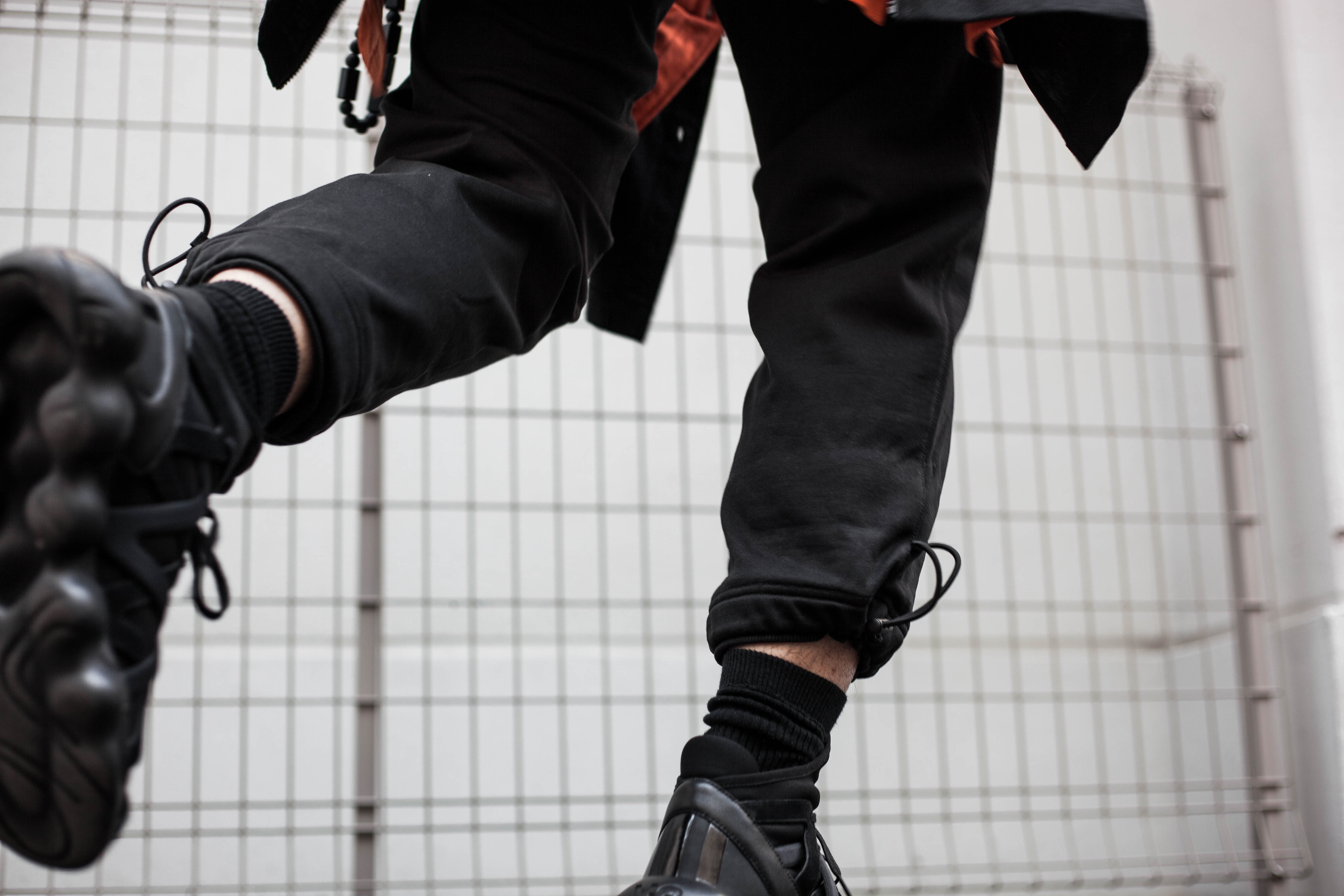 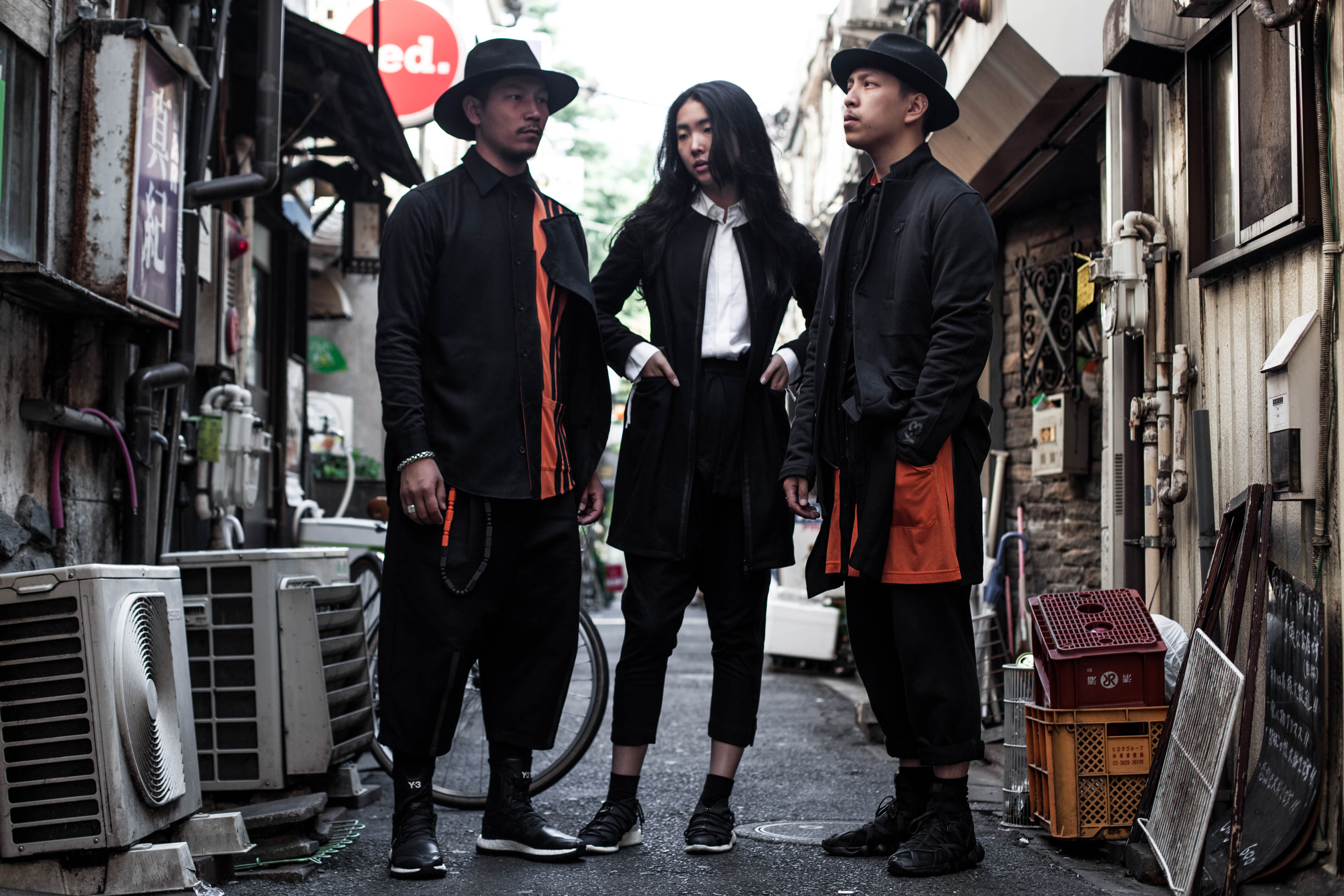 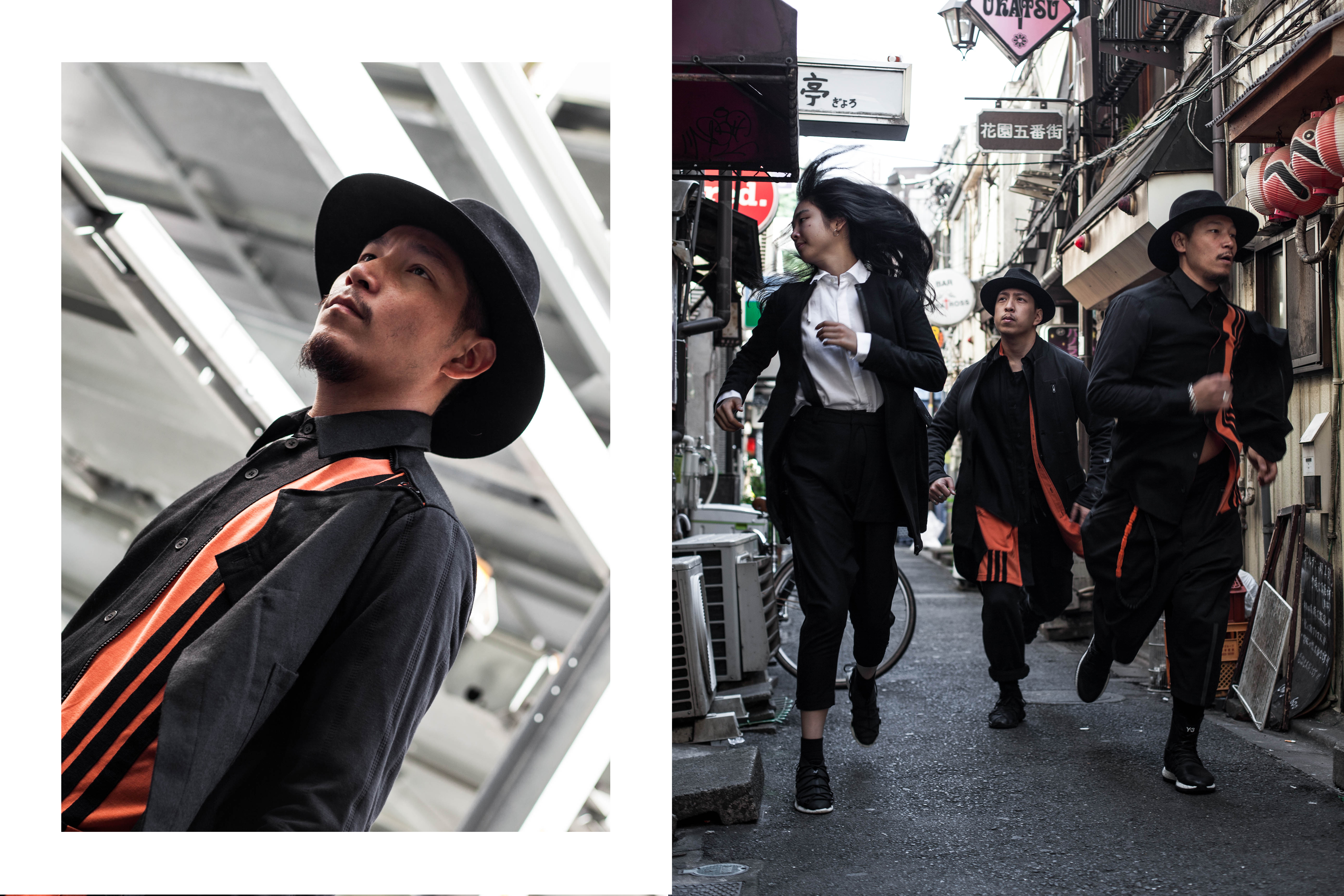 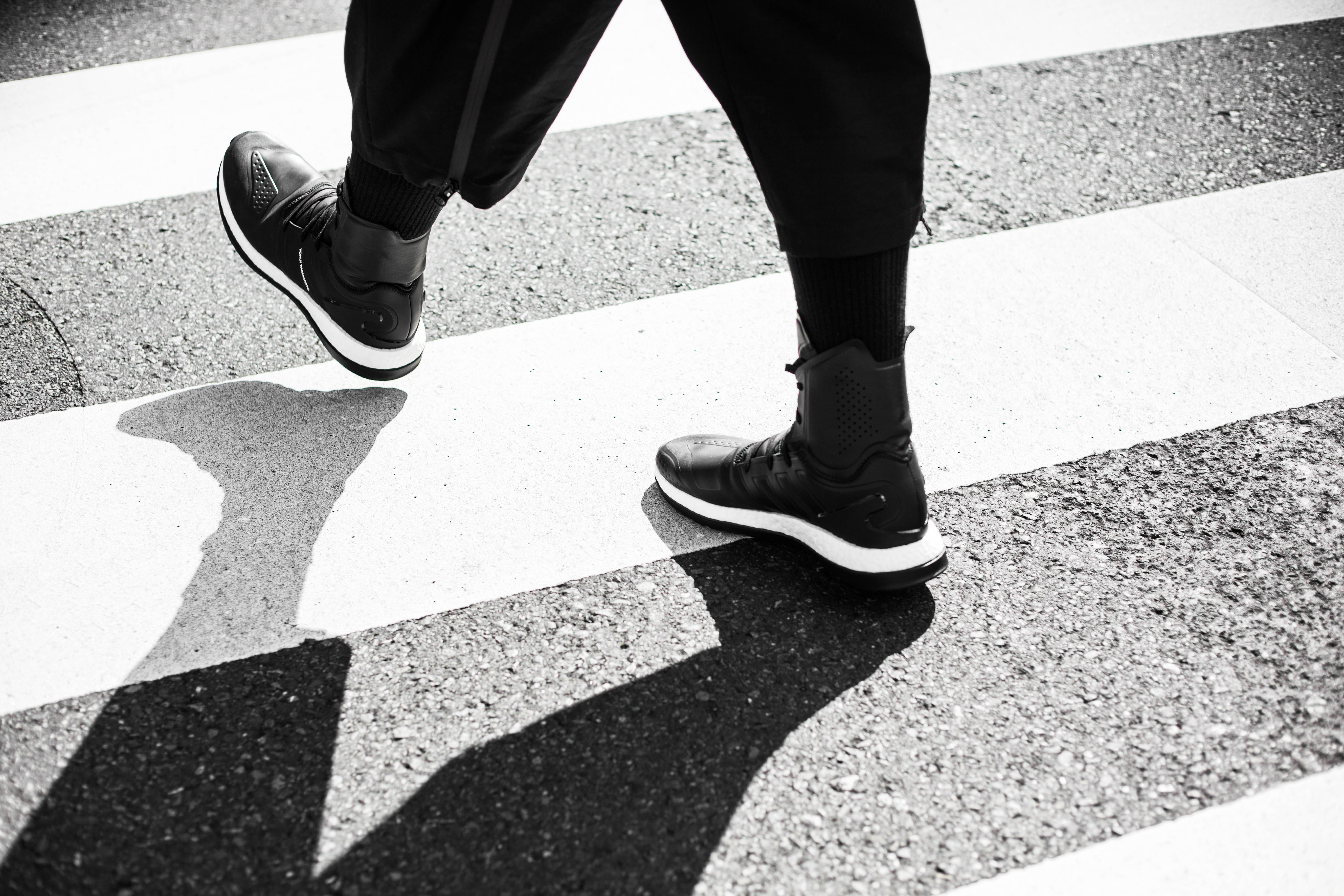 Being Adidas’ first big venture outside of the Adidas brand, Y-3 has gone from strength to strength with standalone stores around the world as well as also managing to do 2 catwalk shows a year separate to designer Yohji Yamamoto’s main lines, Yohji Yamamoto and Y’s. It’s safe to say that Yohji’s Japanese/Parisian minimalist aesthetic and business acumen has most definitely influenced and changed the fashion industry, but it’s his approach to streetwear and sportswear which sets him apart from other high-fashion designers. His use of different shades of drapey black textures and technical asymmetric shapes challenge the conventional ideas of how streetwear should look, creating something that can only be described as Art in movement.

If in doubt, black out.

Head over to the Y-3 website here to peep the latest in the mind of Yohji Yamamoto.

GIVE ME SOME!
Back to Editorials

HUNTER GINZA STORE VISIT
BASE LONDON x WE ARE OUTLANDERS