A MEDLEY OF SUBCULTURES: IN TOKYO, JAPAN

The internet has a way of making out that Tokyo is a mega metropolis of the weird and the futuristic. Which it is… 100%. A lot of it seems like it’s built on shock-factor and the need for being different. But that’s not the reason why the city is the way it is. It’s the people. Tokyo is made up of people of different walks of life that seemingly live together harmoniously. And i know that this can be said of every major city in the world but this is different. Whereas in places like London and NYC there is a mass of multicultural people, Japan has much much less. In it’s stead there are mixes of subcultures that are almost taboo where we come from. From mid-eighteenth century-dressed Harajuku Lolitas, rockabilly biker gangs jelling with 9 to 5 salarymen, Americana denim heads or even the elusive Geisha. They all seem to live together without one ounce of strangeness or judgement. What may seem strange and unnatural to us is total normality here in Tokyo. Which brings me back to what the city has to offer in terms of entertainment for an Otaku such as myself, over stuffing my face with it’s amazing food and sweets.

Inspired by budget-film culture and Japanese anime, there are many hidden gems for those willing to look up instead of at the ground. One of the more interesting examples include a life-size Godzilla statue perched atop the Gracery Shinjuku Hotel in Kabukicho, Shinjuku. A few roads down from there, The Robot Restaurant, which i might add was a crazy experience, left me feeling quite freaked out pitting half-naked rocker chicks against a swarm of robotic alien enemies over a soundtrack of Japanese Pop Metal. It looked more like a Yakuza playhouse than it did restaurant that’s for sure! That’s not to say that there aren’t more serene areas in Tokyo, which there most definitely are if you’re feeling too queasy from the flashing lights (which i will go into more detail in the next post) but these are just a handful of things to expect when travelling to Japan. You may find that if you walk around aimlessly you’ll discover hidden Shinto shrines surrounded by Tori gates and more upscale neighbourhood areas perfect for the odd touristy photo. 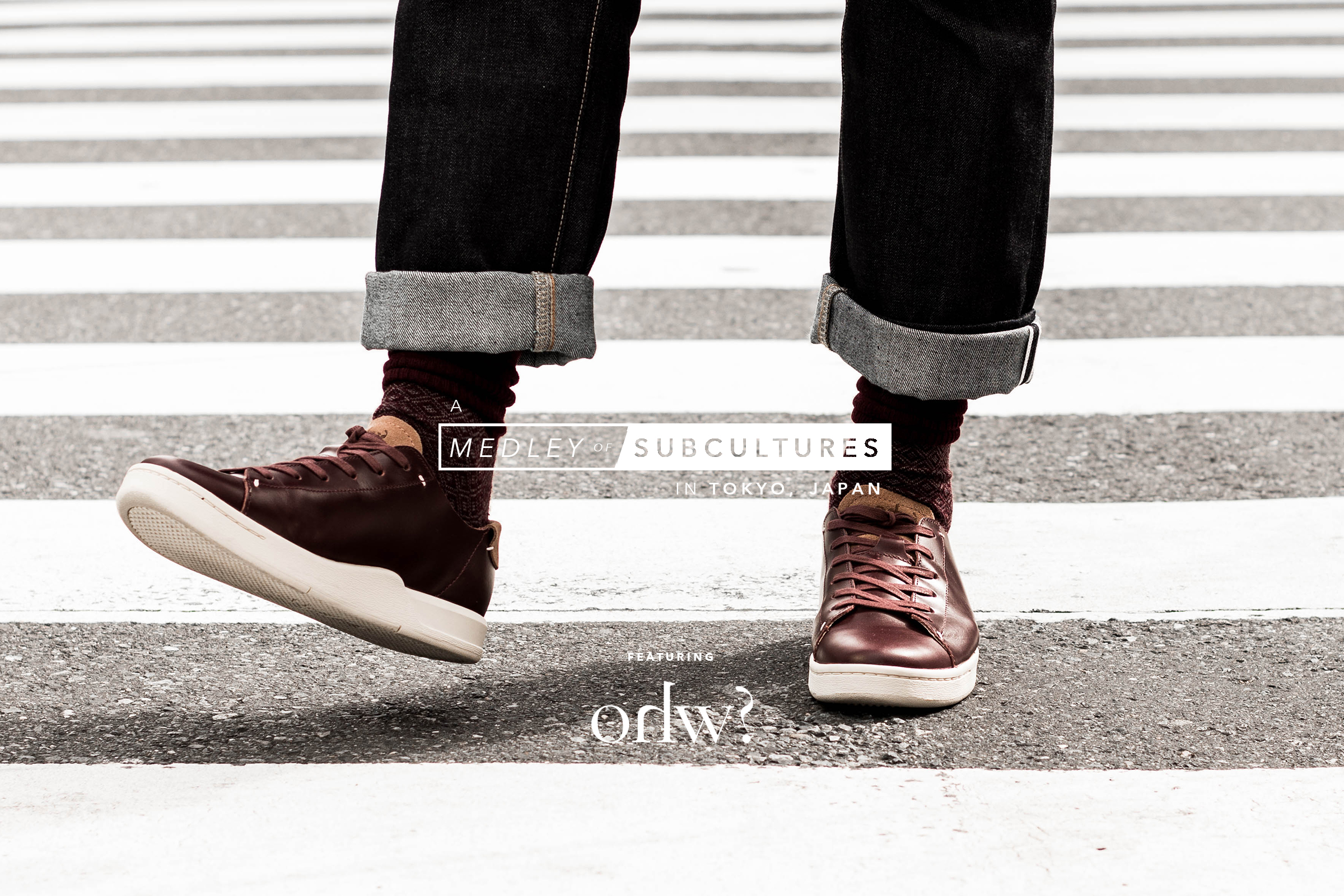 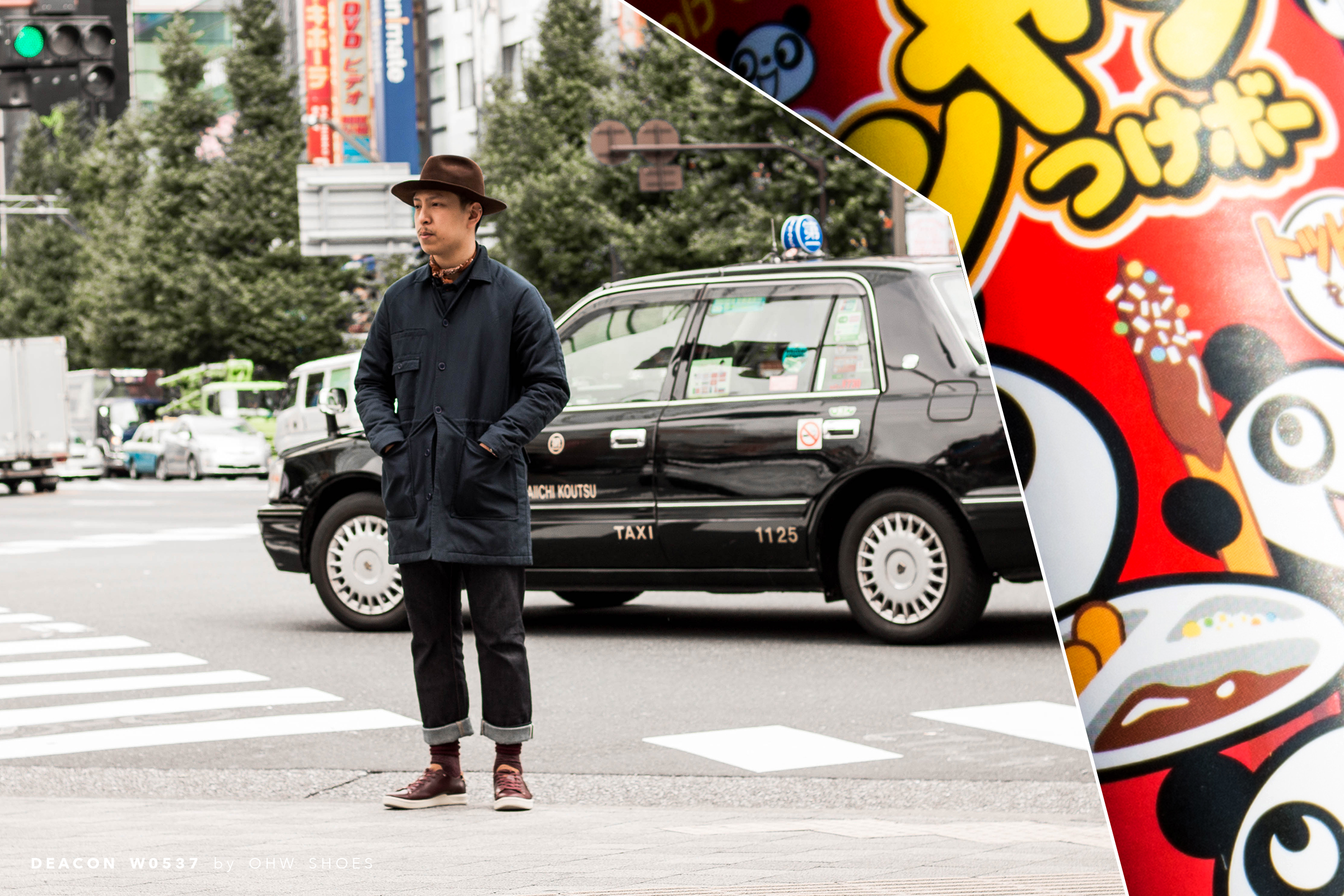 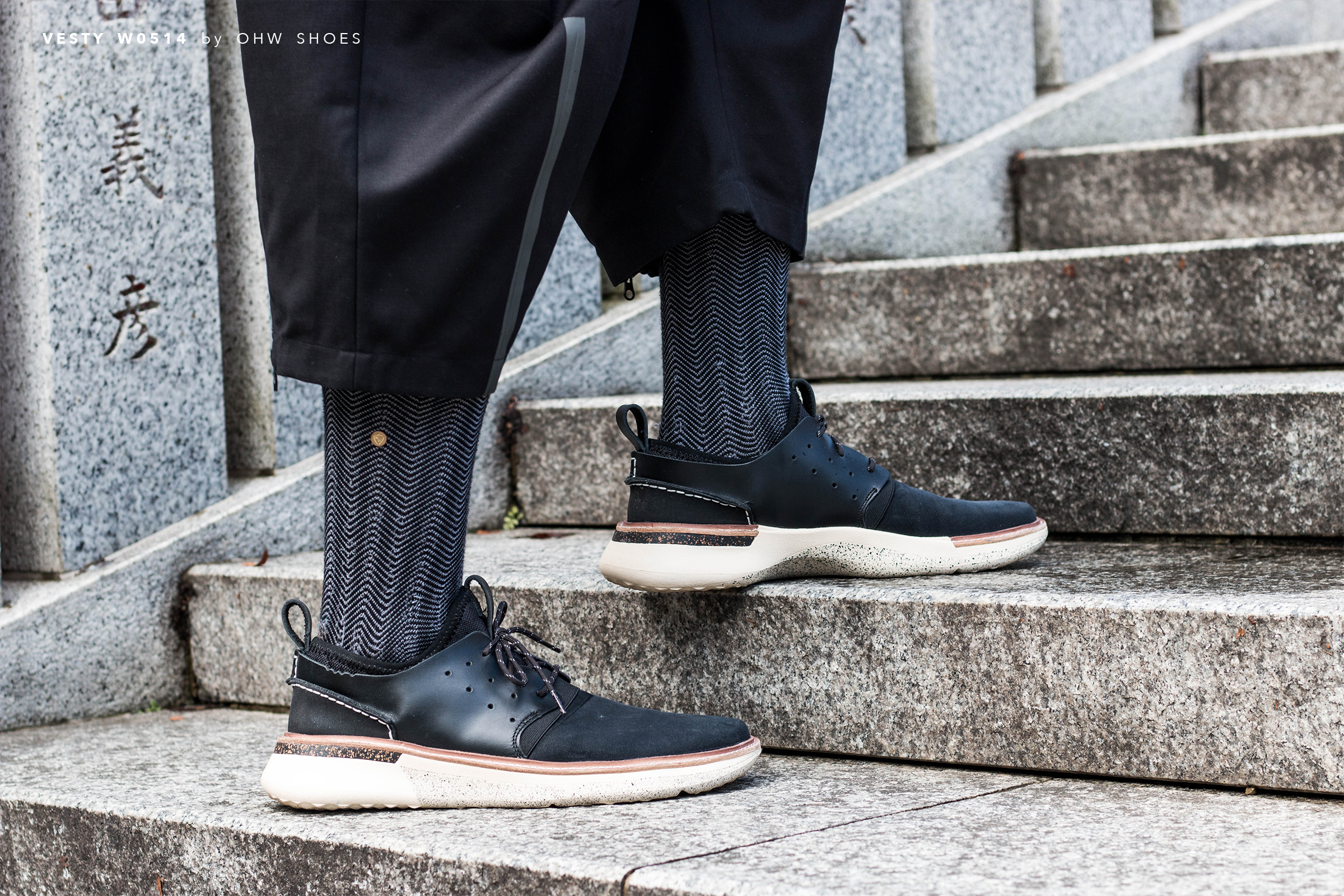 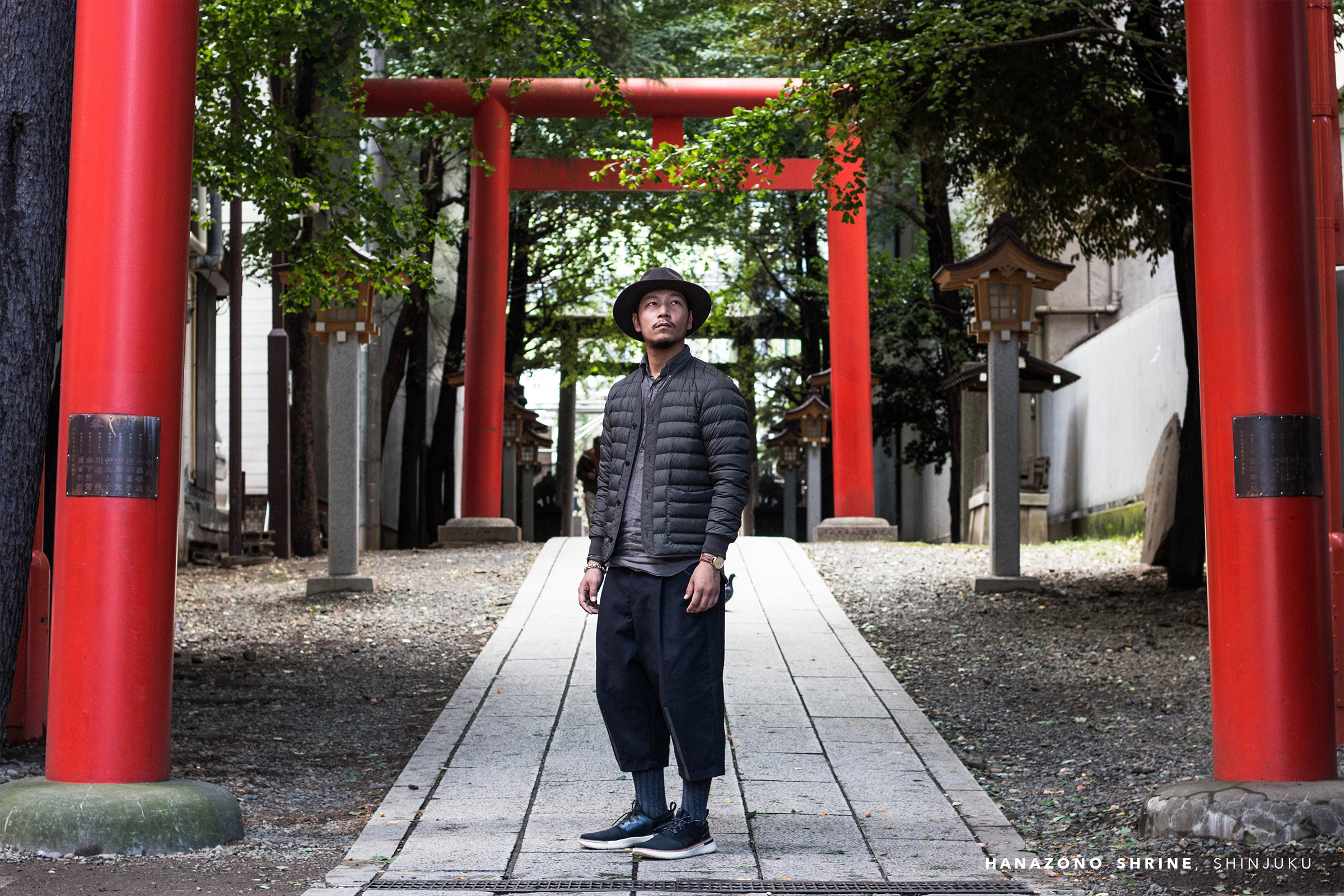 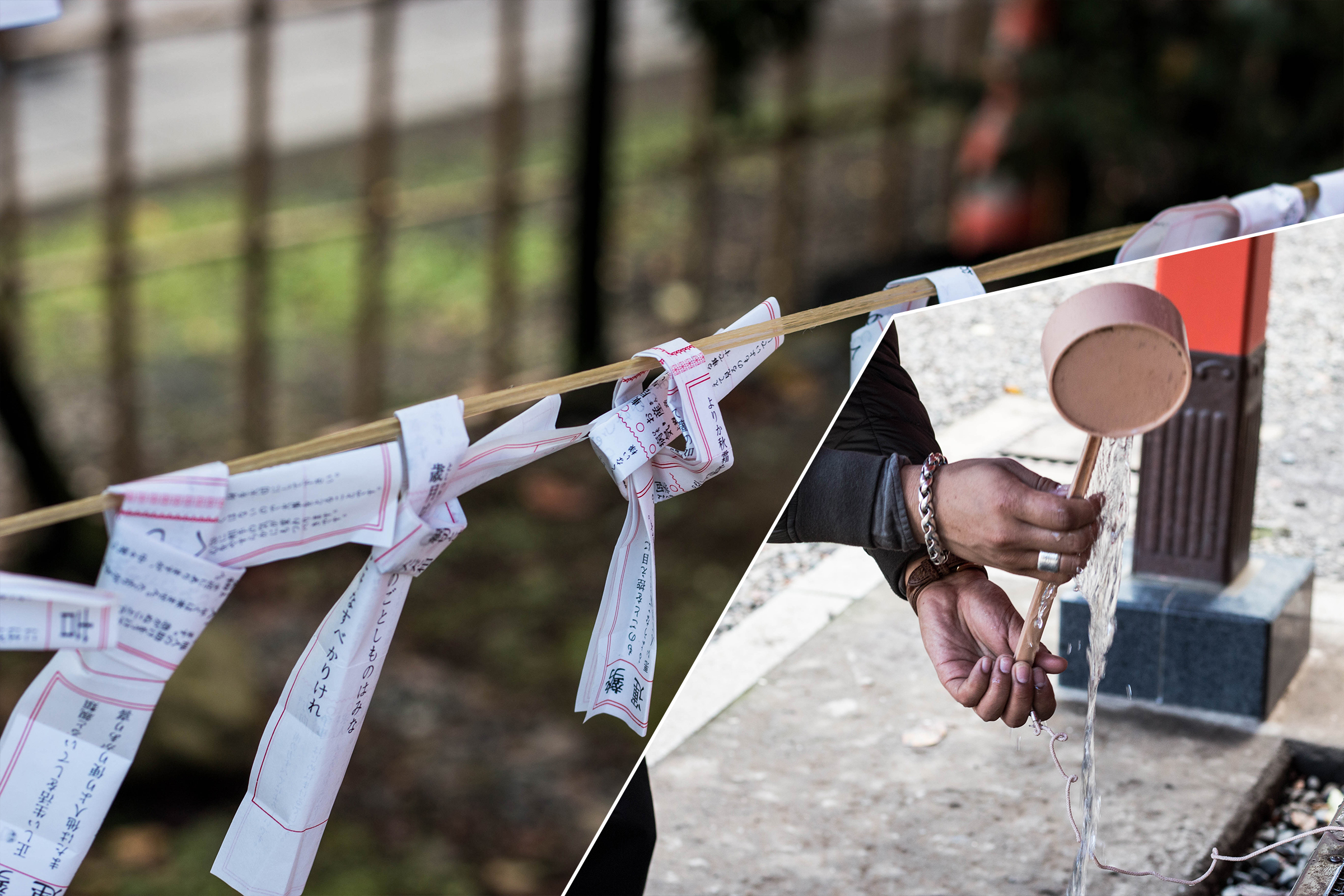 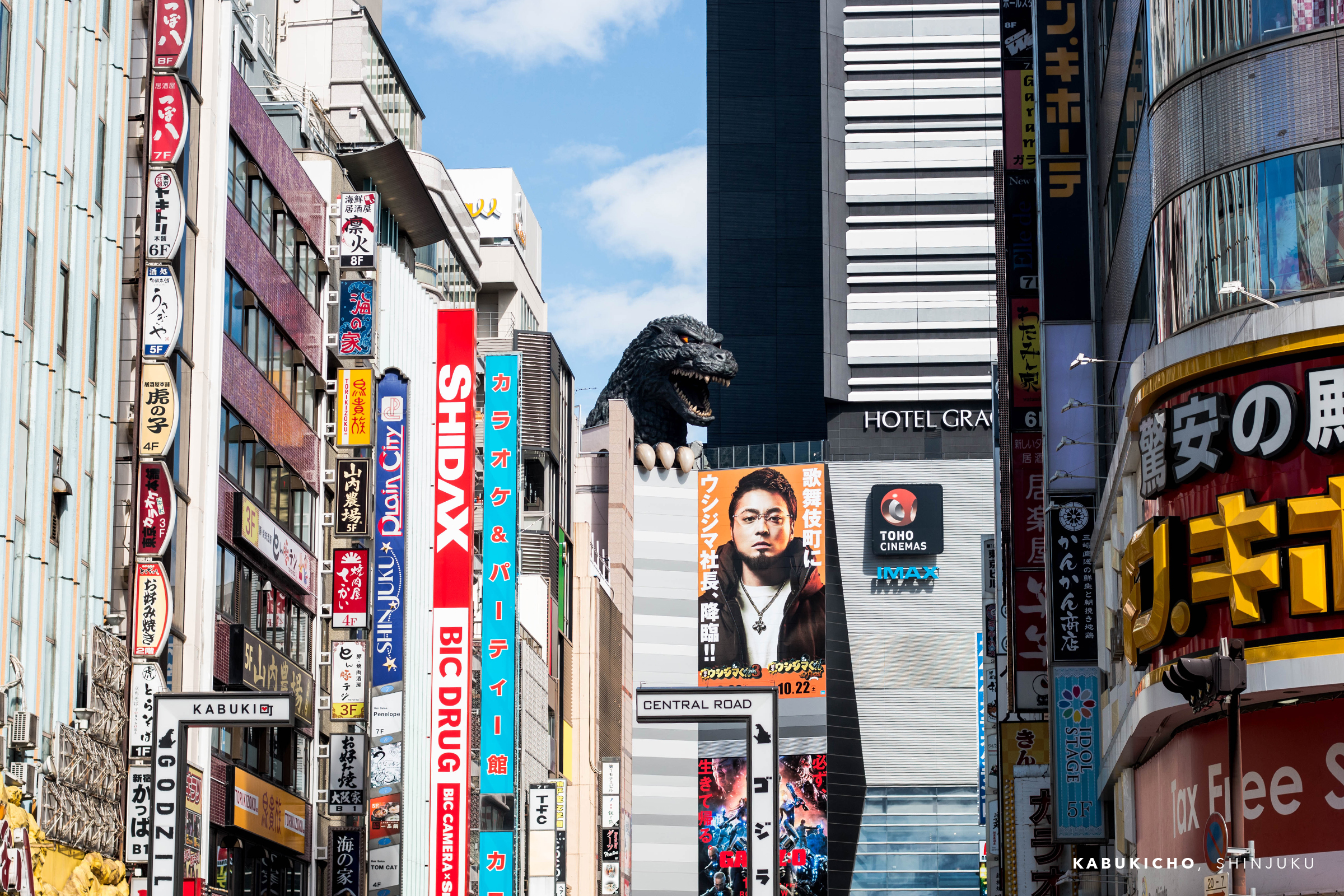 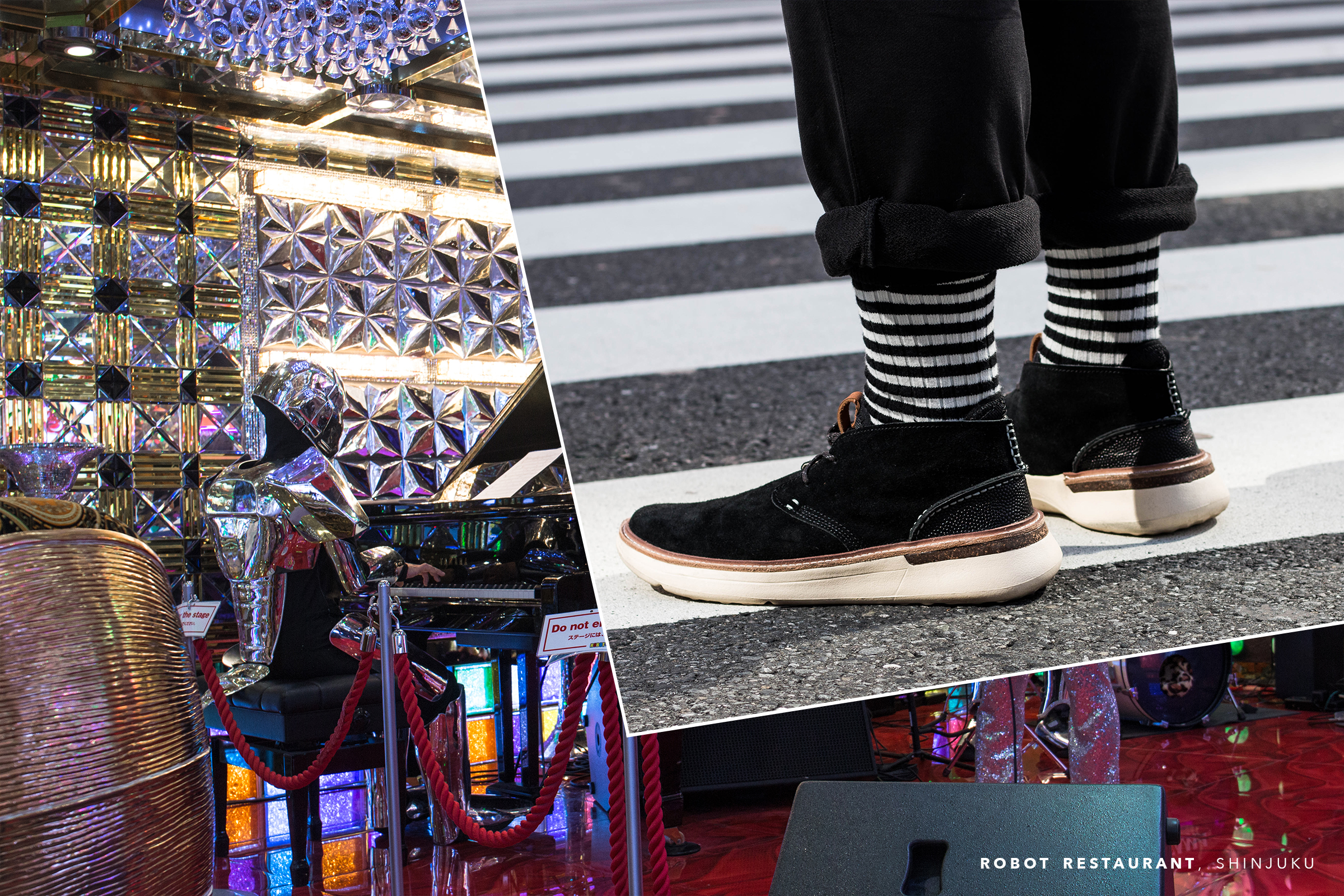 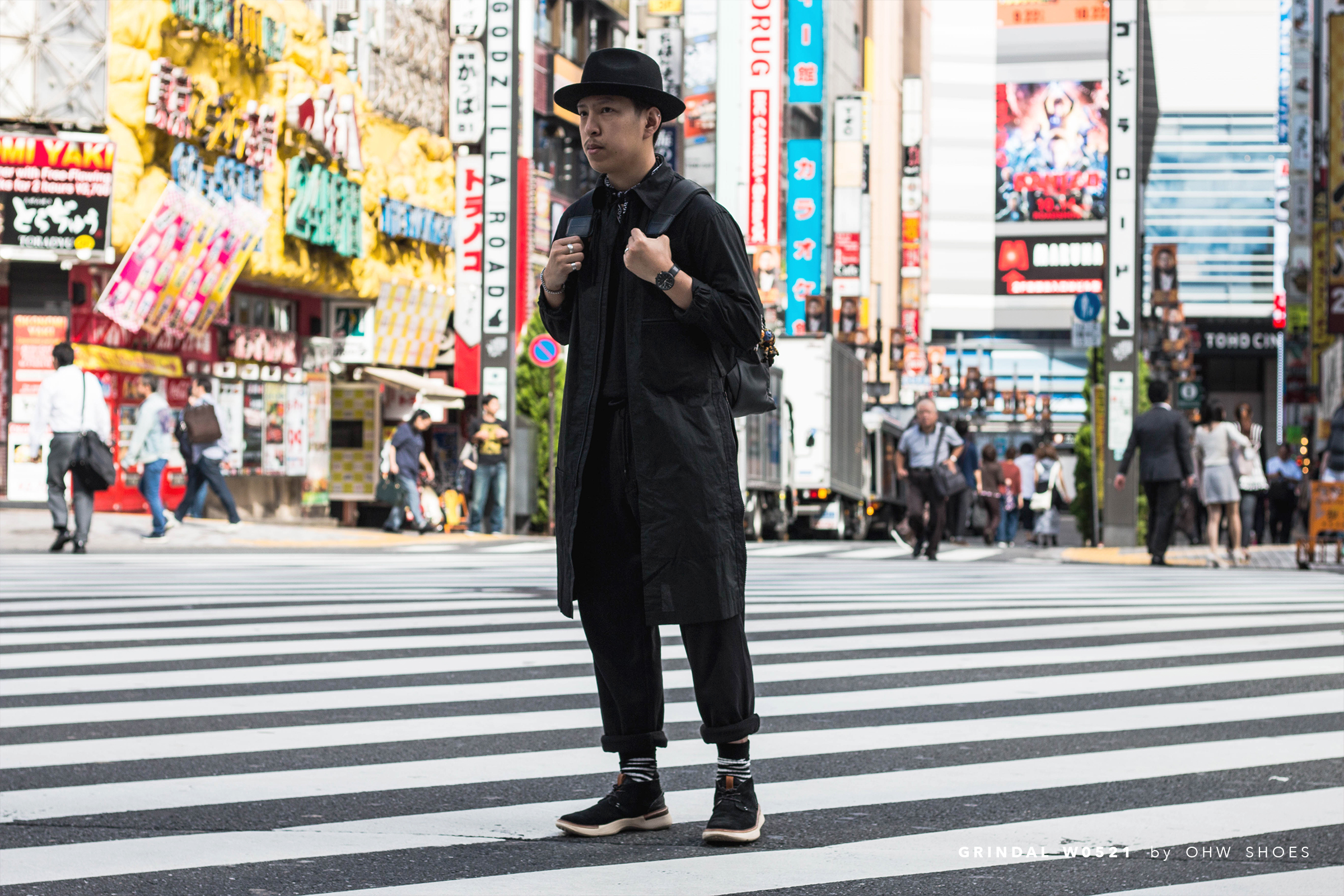 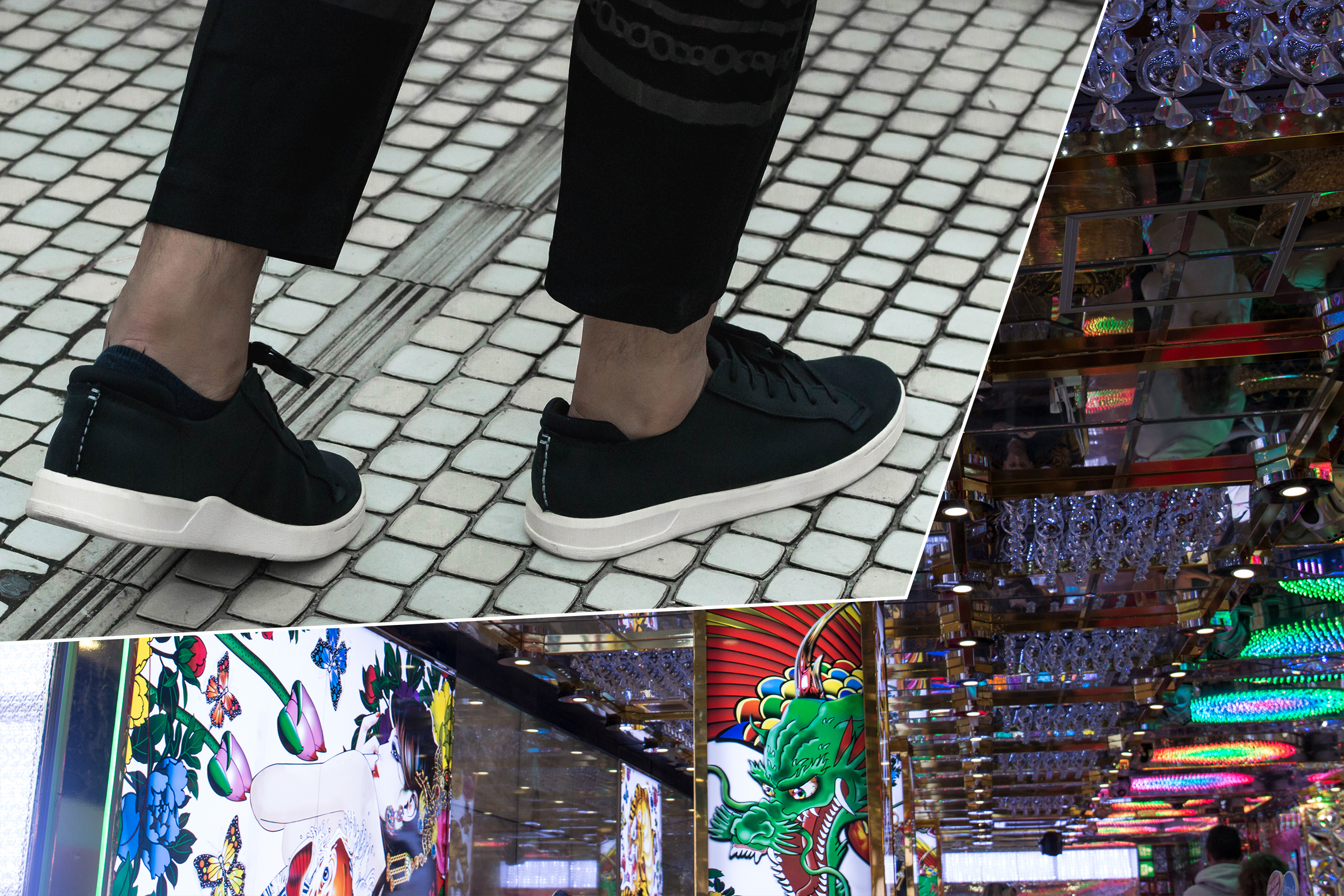 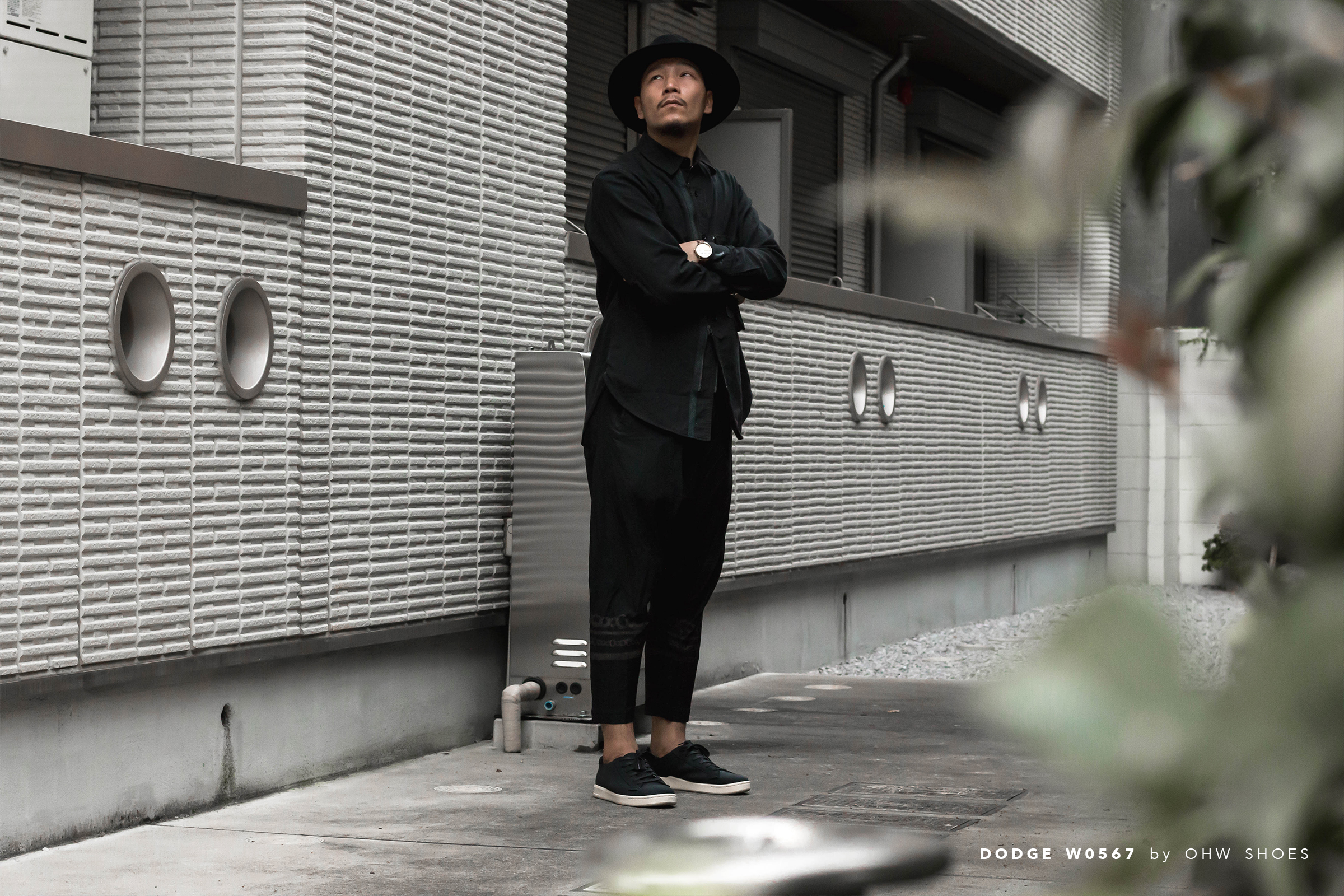 And that brings me down to attire. We thought the Ohw Shoes AW16 collection was a perfect matching for the streets of Tokyo. Each piece with a good mixture of different materials that make up one harmonious shoe. My favourite has to be the Grindal boots that features a suede upper, neoprene sock lining, thick off-white cushioned sole and leather heel support. And if you’re one for the more understated then Deacon in burgundy date palm suede is perfect and most sure to make you stand out in a city that is known for being the fashion capital of Asia.

LET ME SEE!
Back to Editorials

THE LIFE OF AN OTAKU: IN TOKYO, JAPAN
PLANES, TRAINS & MISCOMMUNICATION: IN ASAKUSA, TOKYO