2018 was such a stretch of Summer that we almost didn’t think Winter was going to happen. After the warmth by the chimney fire and heavy wine and dine over Christmas holidays, 2019 has definitely welcomed us with a cool breeze and a drop in temperature which means autumn/winter is finally here. To highlight this slight shift of change in time and weather, I’ve picked up a selection of style pieces from a new premium lifestyle brand, ‘Edmund Hillary’, a brand with rich heritage and a story that can only get as original.

IT IS NOT THE MOUNTAIN WE CONQUER BUT OURSELVES – Sir Edmund Hillary.

Sir Edmund Hillary was a New Zealand mountaineer and explorer who alongside his climbing partner Tenzing Norgay Sherpa became the first to climb the highest peak in the world. Their confirmed ascend on Mount Everest on 29 May, 1953 was one of the greatest achievements of 20th century.

Edmund Hillary is a new premium lifestyle clothing label inspired by Edmund Hillary and his expedition of Mount Everest in 1953. Their approach and design philosophy to stay true to the classic style of garments worn in the expedition, original fabrics and construction methods help bring out the core of the  great expedition of 1953 to the modern day. 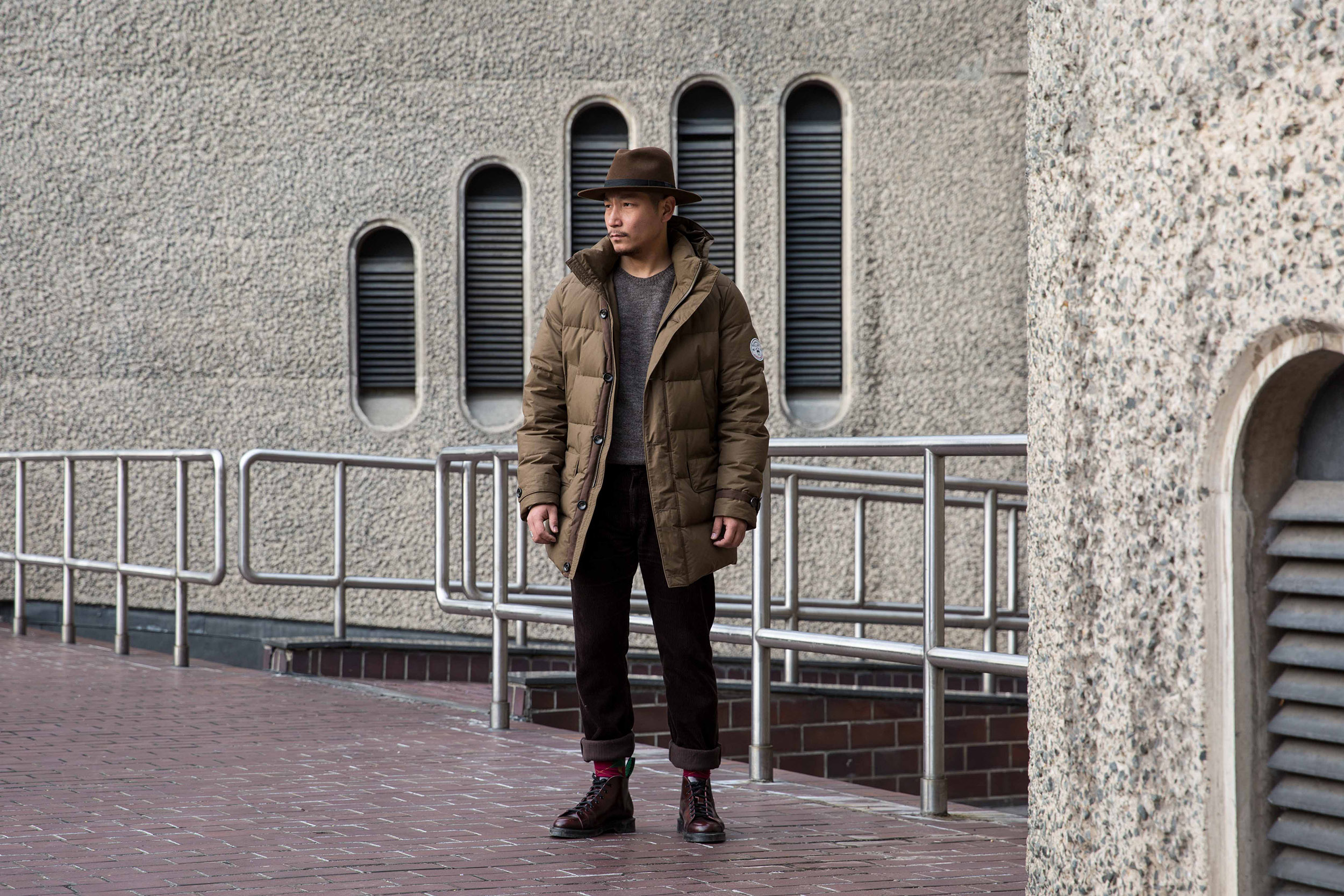 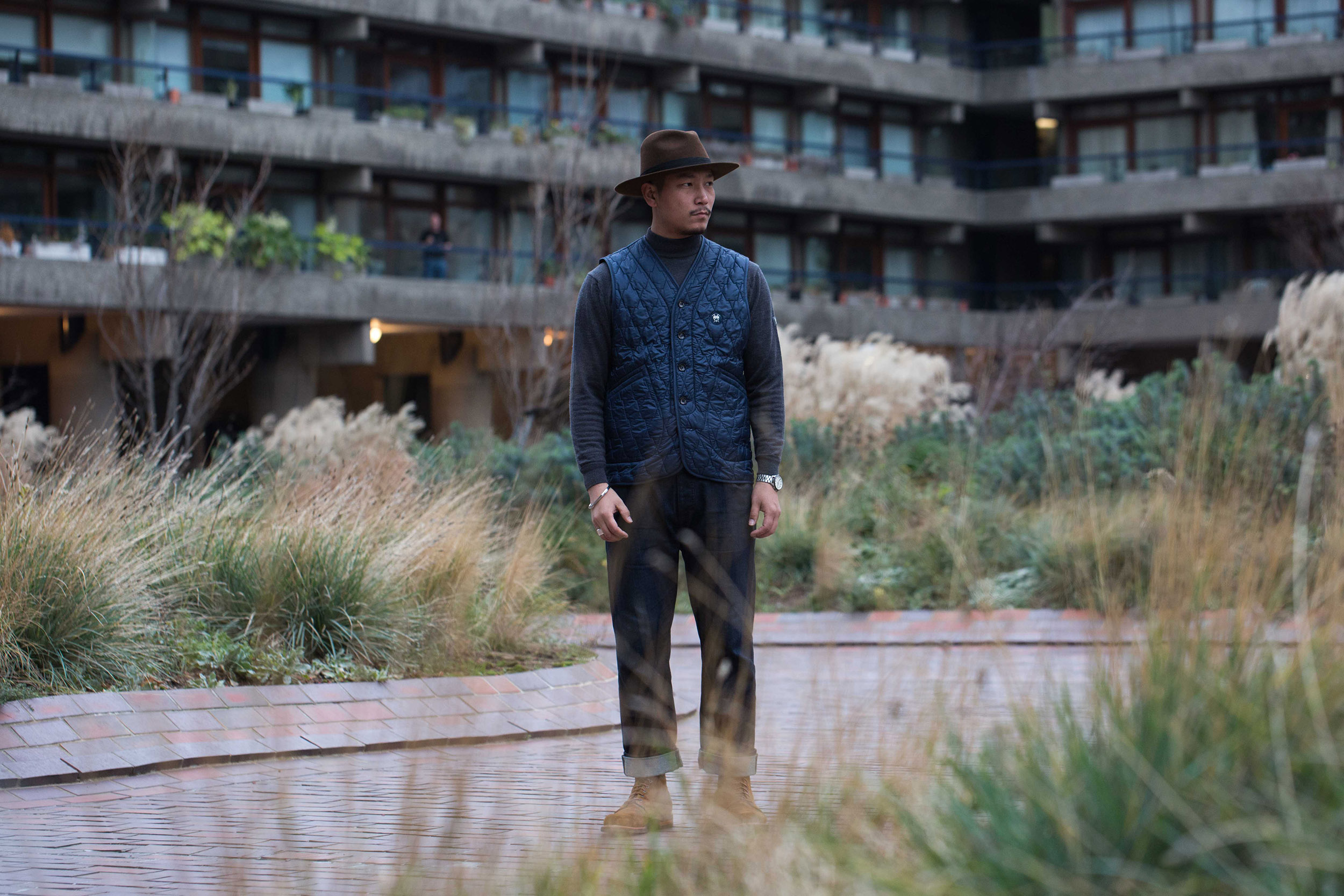 Talking about modern day, I thought I’d get down to The Barbican. I wanted to bring down the essence of Himalayas to the city. The brutalist architecture resembles of the harsh rocky terrain of the Himalayas and would be a great location for this shoot. Here I am wearing Khumbu; a replica of the parka that was worn by Sir Edmund Hillary in his expedition to Everest. I wanted to play with different textures of winter fabrics on this look with one tone. Hence, a piece of light weight knitwear, combined with a chunky corduroy trousers and diving into the warm KHUMBU jacket would be a great start. Its the little elements that bring the whole look together. Rolling up the trousers, adding a pair of high boots with the right choice of print or colour of socks will do the trick. Lastly, a touch of Fedora is optional but is a necessity for me.

On my next look, I chose to layer a lightweight knit with with Crevasee; a beautiful tailored navy gilet with 1953 Shield Logo patch, comes in navy and olive colour. A versatile item of clothing that can be styled in different ways and worn all year around. Pairing it with a straight cut denim adds a good flow of navy tone overall. Finally, a handsome pair of Lace Up boots and the colourful printed socks gives an edge to complete the look. 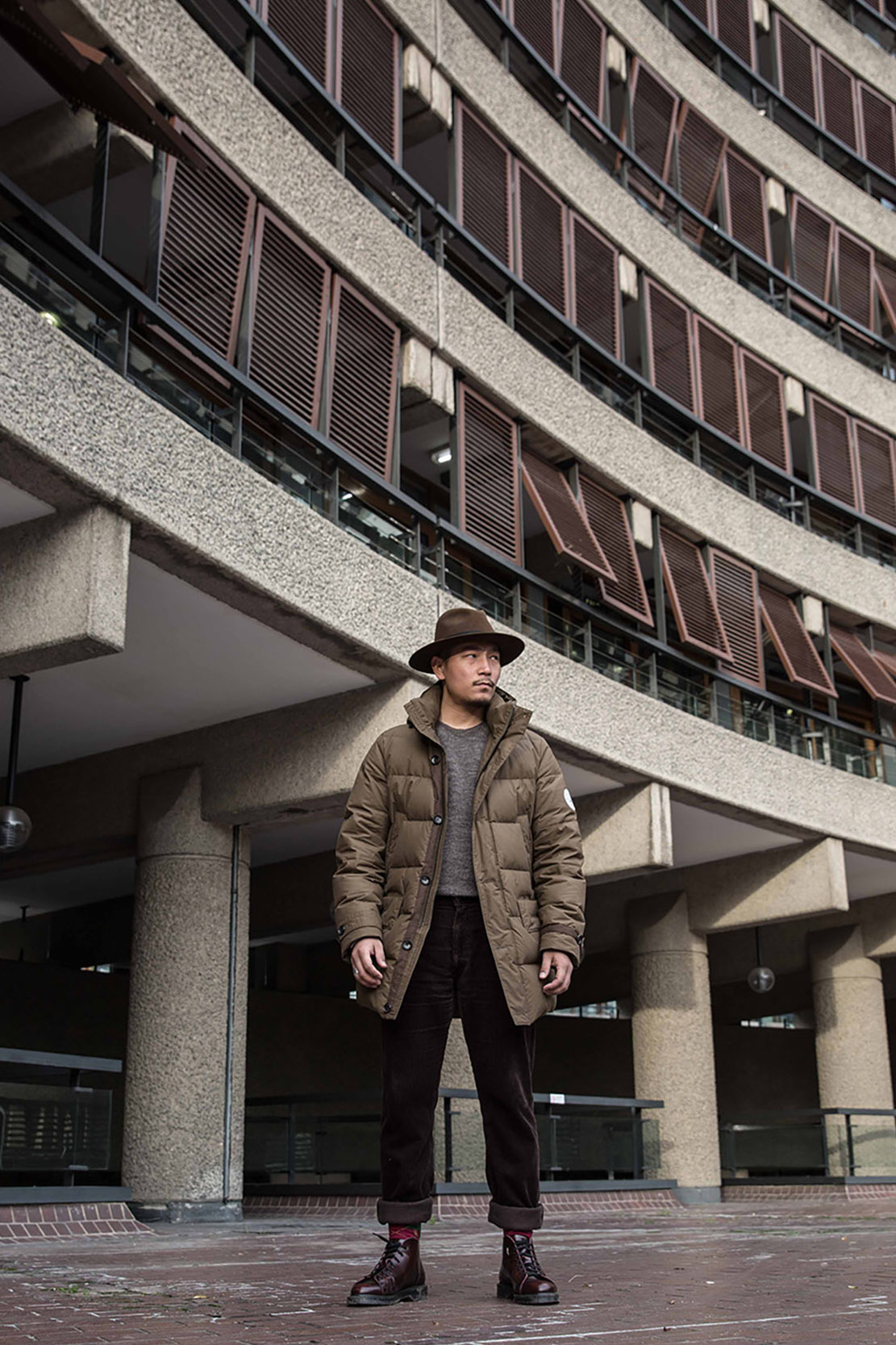 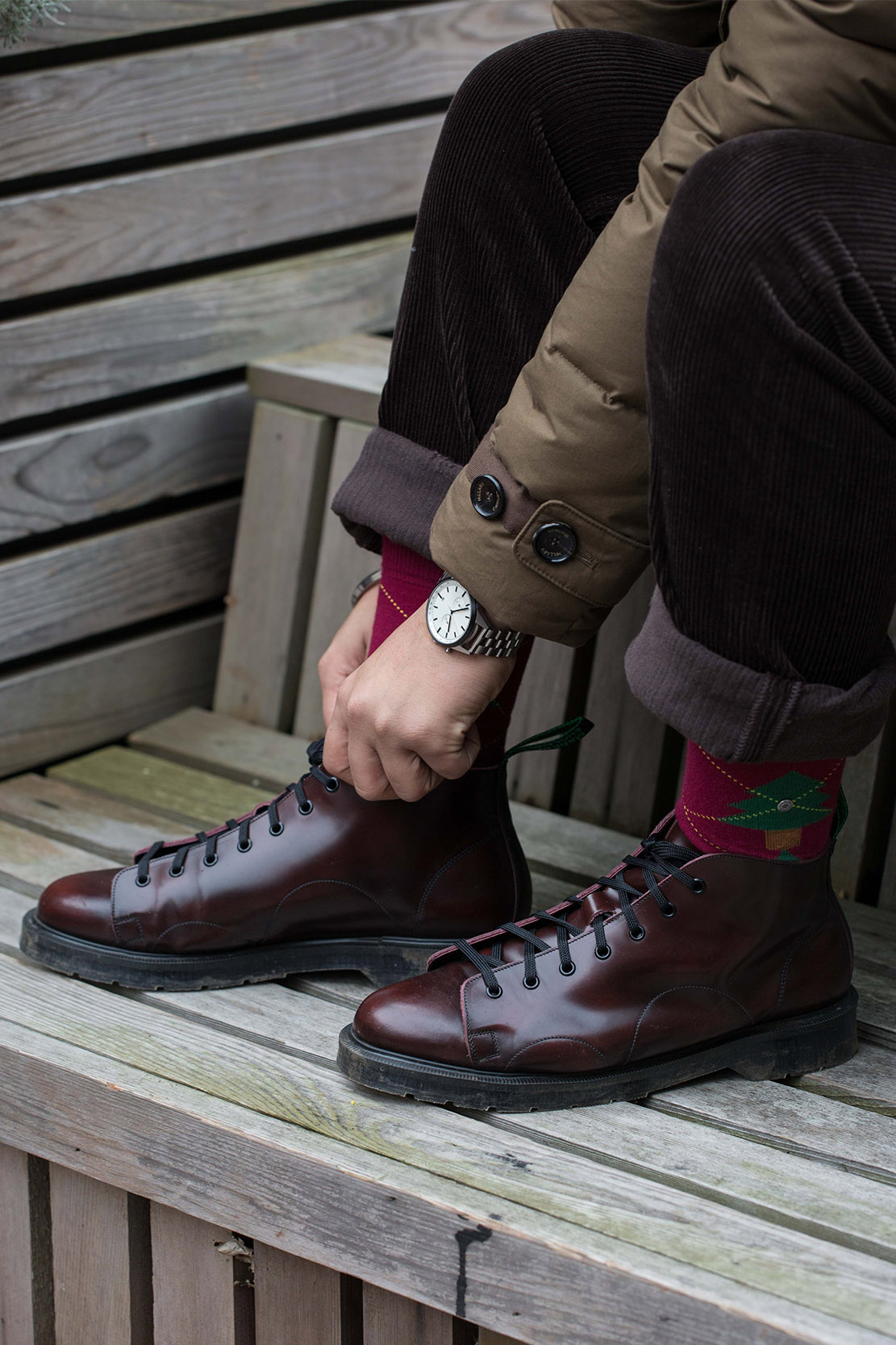 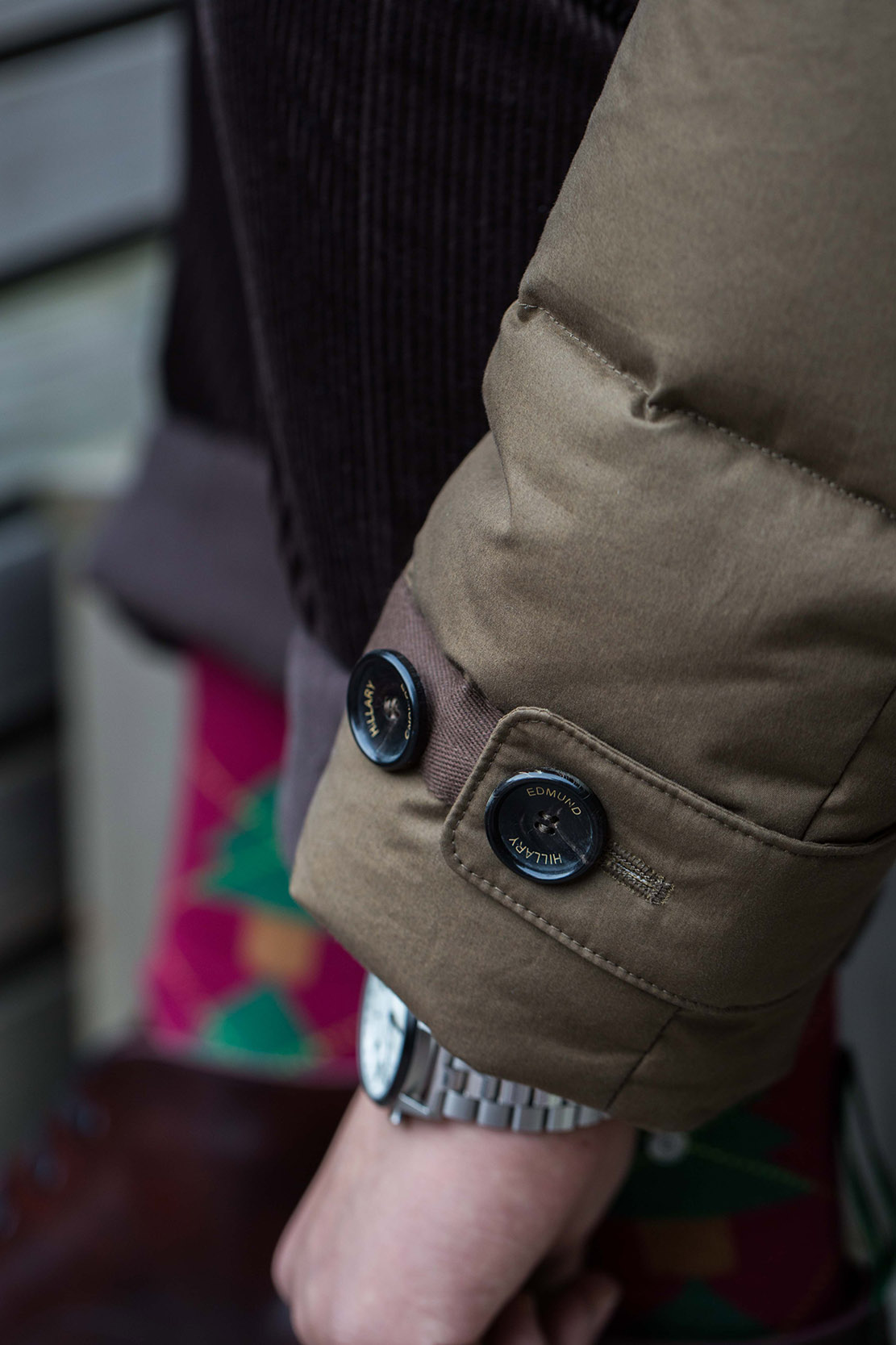 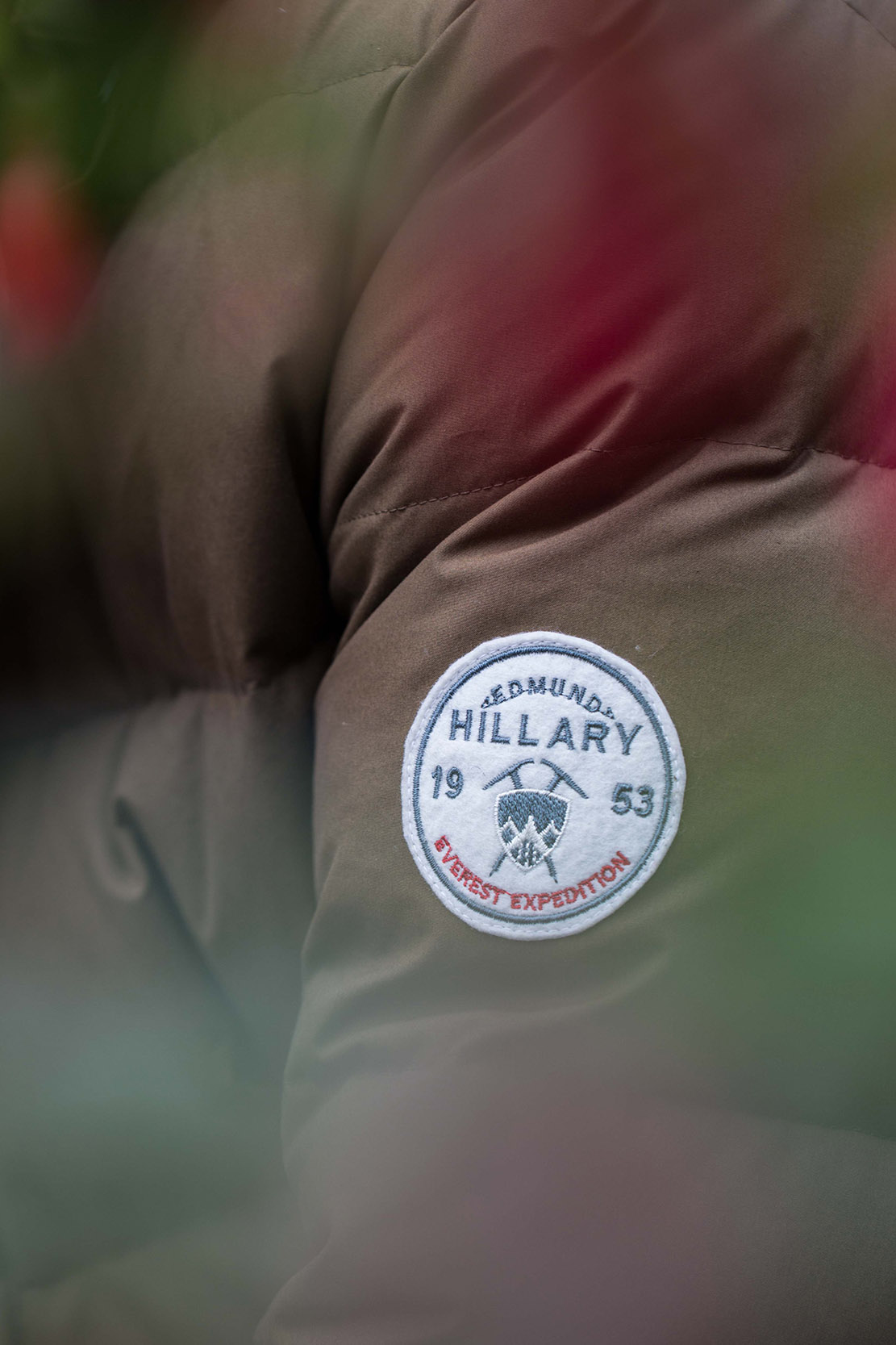 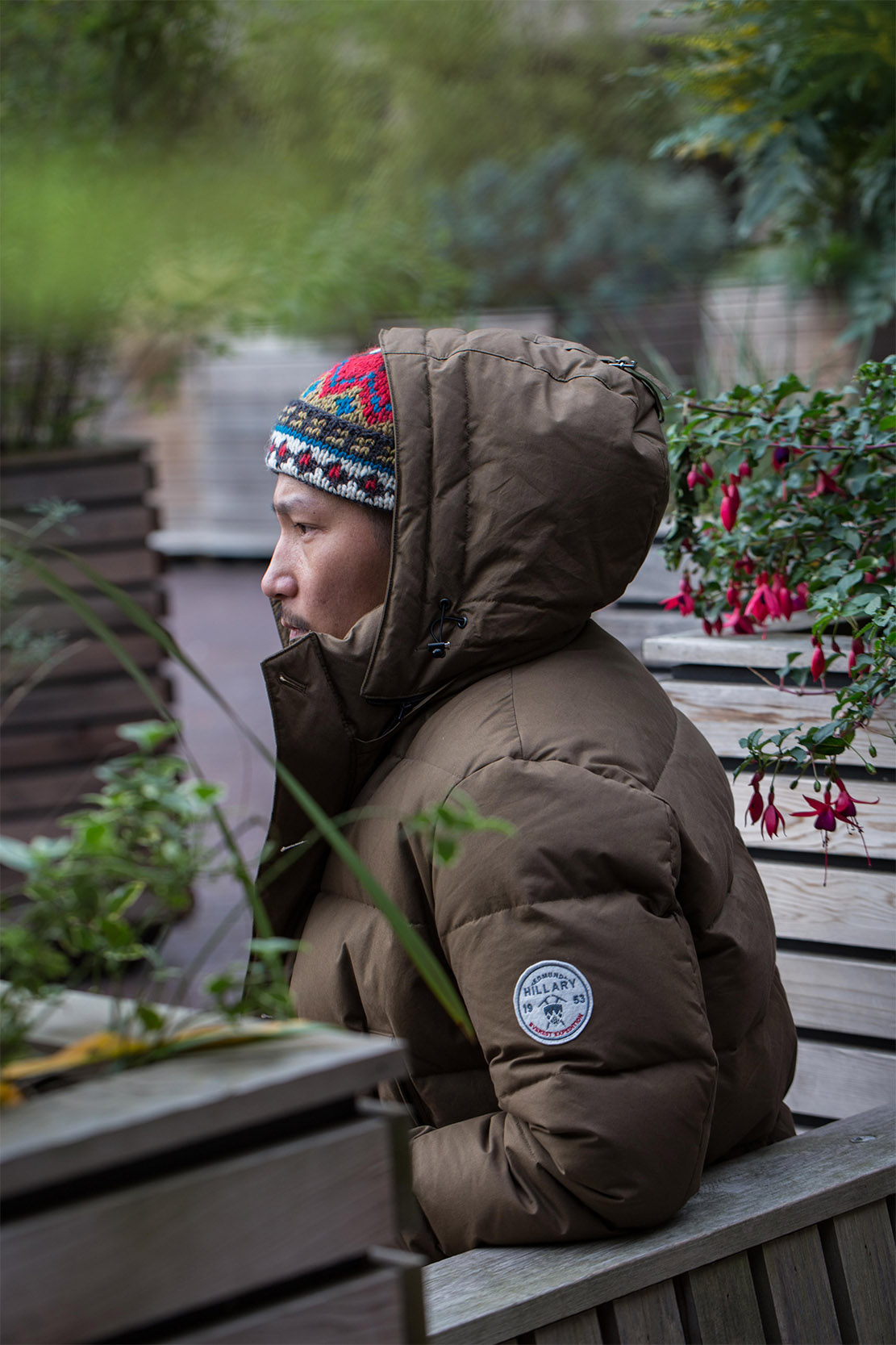 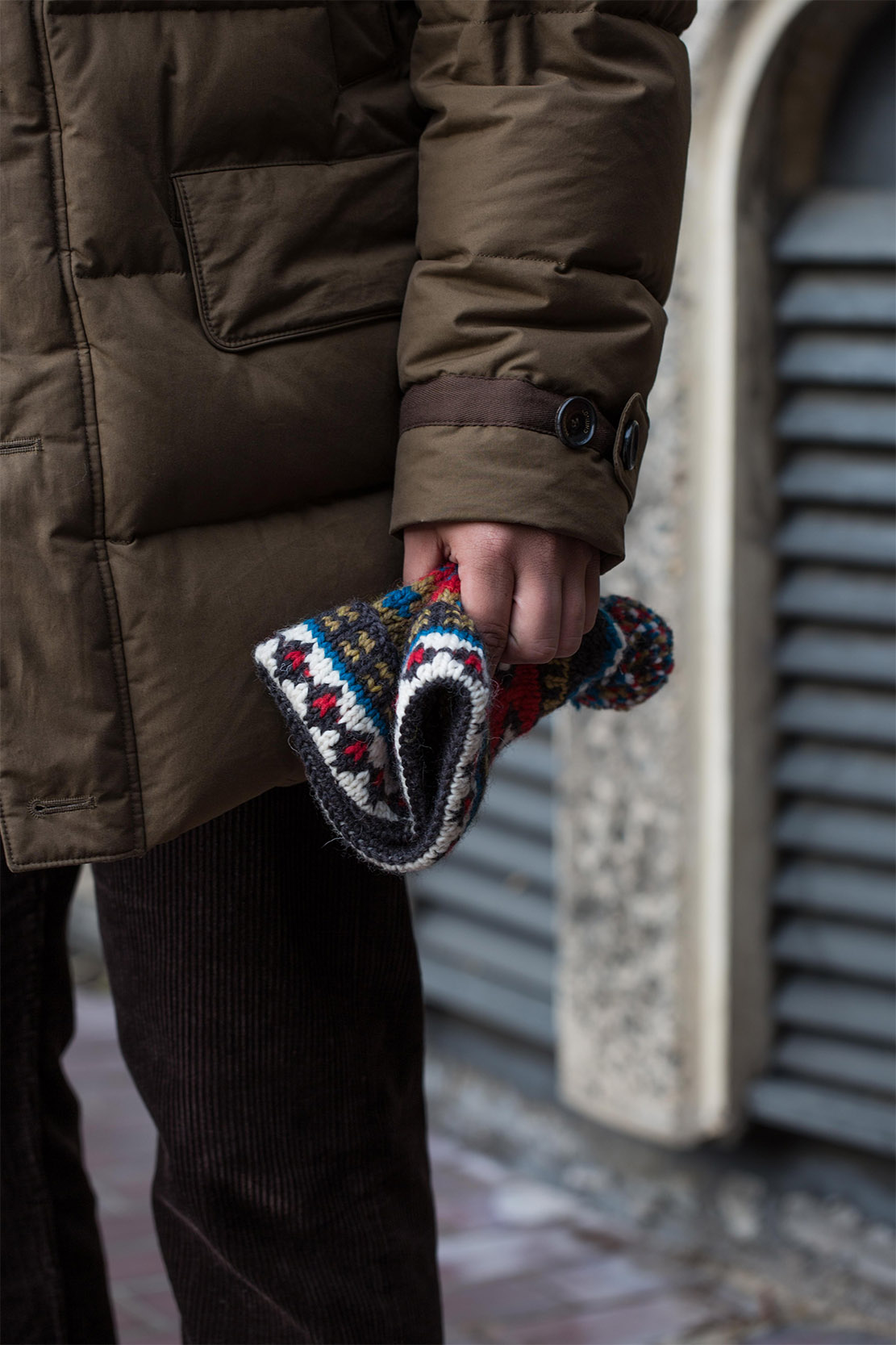 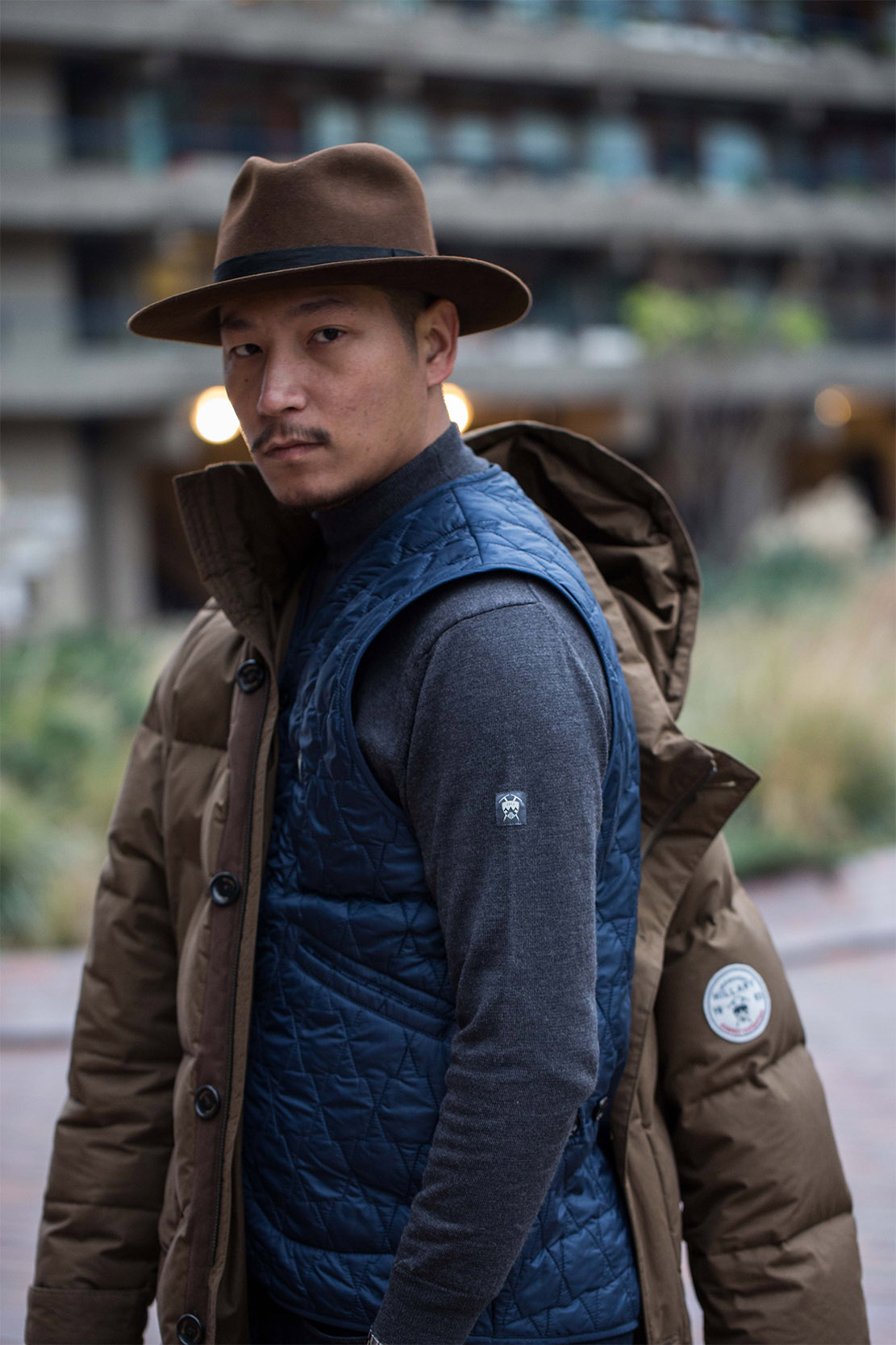 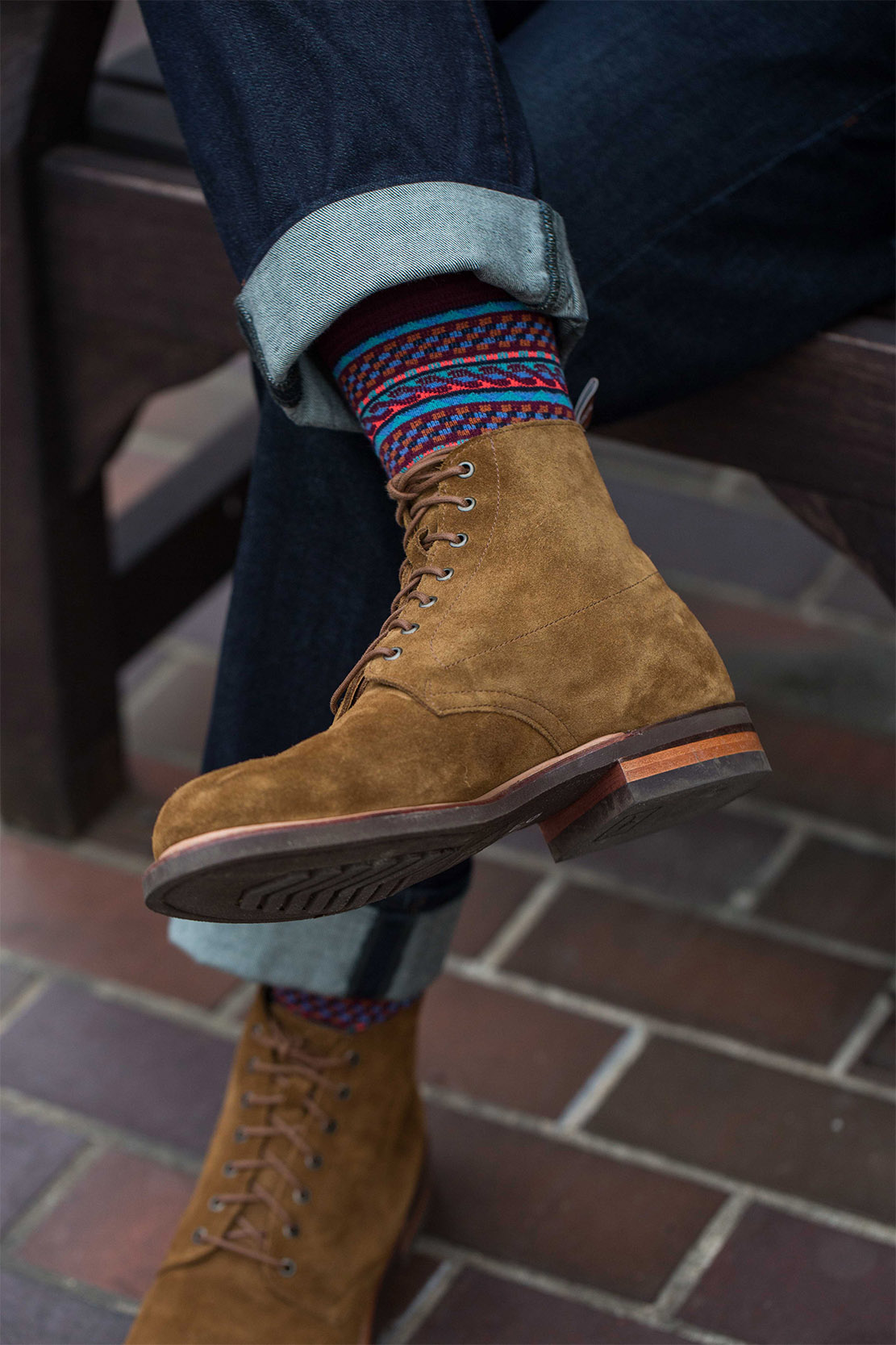 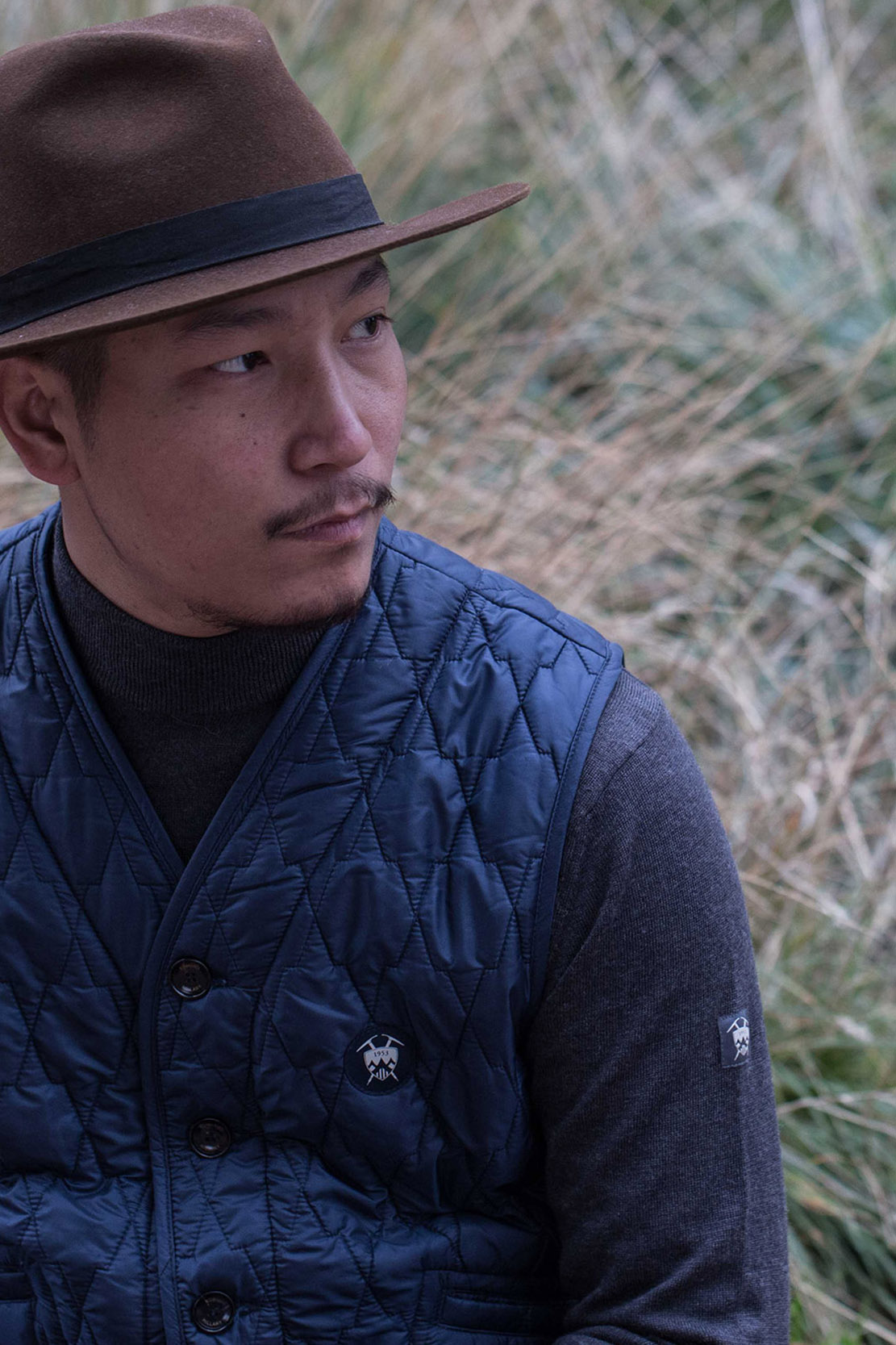 The new clothing label was launched by Hillary family. It is a collaboration between New Zealand, Great Britain and Nepal, keeping that principle of collaboration alive between these countries from 1953. With substantial amount of archives to dig in from different museums, so much relationships and emotions involved, the Hillary family have now put a step embarking into a new journey with so much similarities and differences into the fashion industry. Talking fashion, the new collection brings an array of jackets, knitwear pieces and accessories with some very interesting names to each pieces bringing that feel of an explorer.

check out the full collection now online at: